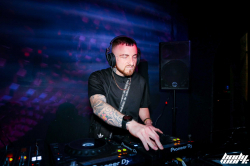 Jesse Alexander
Jesse James Alexander (JJA) Has been a gamer since he was old enough to use his hands. His earliest memories revolve around playing Doom, Duke Nukem, and Tomb Raider on the family computer with his father every weekend. To this day he can almost always be found with a controller in hand or reading about something videogame-related. He loves survival horror, RPG's, FPS's, and is a fan of black coffee. He spends his nongaming time with his cat and dog, making music, or djing various events in his home of Las Vegas.

Sekiro: Shadow Die Twice is no stranger to challenge. In your journey to protect The Divine Heir of Ashina, you will face tasks that test your skills to the highest degrees measurable. Throughout your experience as the lone shinobi Wolf, you’ll face foes of this realm and a higher power. Players will cross swords with everything from wild dogs to phantom spirits that are no slouch with a sword. However, the game provides numerous items to use in battle to aid you in your quest, with one of the most valuable and elusive being the Snap Seed. Snap Seeds are a precious commodity that can quickly turn a battle around when used correctly.

Thankfully, Sekiro isn’t designed to be unnecessarily difficult for no reason. There is a rhyme and reason to every encounter and challenge in the game. With our handy guide for Snap Seeds, you’ll be more prepared than the average bear to emerge on top, save the Ashina name, and restore order to Japan.

What Is A Snap Seed?

Snap Seeds are Fumeworth seeds that break illusion-based enemies and can be handy against certain undead ones. The world of Sekiro has plenty of fanciful elements; as such, humans and nonhumans can use techniques that create enemies based on illusion rather than flesh and blood. At the same time, most enemies are human, which gives Sekiro a unique and more grounded feel while blending in nicely with the fantasy aspects of the Soulsborne genre as a whole and FromSoftwares other bodies of work. While there is no lack of enemies to face, Snap Seeds are not in plentiful supply; they also aren’t to be used in every battle situation. Thankfully our guide will tell you where to get them and when to use them. If you’re face to face with one of the game’s many challenging bosses or find yourself in a tricky situation, it may be helpful to whip out a Snap Seed and see if it shifts the tide in your favor.

When Should I Use Snap Seeds?

Snap Seeds come in handy when facing any of the four Headless minibosses, as the Headless are undead spirits of heroes past who fell to the proverbial dark side. They are also helpful when battling Lady Butterfly, a Shinobi master and your former mentor specializing in illusionary combat arts. They also are of use when combatting the Corrupted Monk spirit enemy in Mibu Village, as well as during the second phase of the True Corrupted Monk in the Divine Realm. Snap Seeds can also be a lifesaver in the Ashina Depths area that hosts the Hidden Forest.

The Hidden Forest is initially covered in a cursed mist that is only purged when you defeat a miniboss. The miniboss coats the area in fog to produce dozens and dozens of illusion-based foes. While they might not be technically living enemies, they are deadly and can swiftly end your game if you don’t best them in combat. An interesting tidbit to the lore of Sekiro is that the Hidden Forest is actually where Lady Butterfly used to train and learn her illusion-based combat skills. The golden rule of Snap Seeds is as follows: If it’s undead or illusionary, snap the seed. Don’t snap the seed if it’s among the living and of this realm. Most players will find them early in their journey, but Snap Seeds remain helpful up until the ending parts of the game as well.

How Do I Use Snap Seeds?

The first sub menu is always your equipment screen, where you can change your prosthetics, quick items, combat arts, and ninjutsu skills once unlocked. The bottom of the screen has valuable information such as your progress towards earning skill points, spirit emblems, money, attack and health stats, and so forth. During gameplay, use the D-Pad to scroll through your quick items and pick whichever is suitable for the situation. Move the controller to the quick items spot and press the X or A button (or whatever is equivalent if playing on a mouse and keyboard or a PC gamepad), and you’ll be able to map any of your quick items to one of five slots.

Pause the game to keep track of your inventory, and you can also use any quick items you collect throughout your journey from the inventory sub-menu if you don’t want to map a specific item to one of your five quick use slots. Suppose you collect a number of quick items that exceed the maximum you can carry. In that case, they get put into storage which you can access at a Sculptors Idol (Sekiros equivalent to a save and quick travel point), and upon resting, your inventory will be replenished. Conversely, this also means that when you die and respawn at a Sculptors Idol, the game will fill your stock to help speed up the pace and get you back in the game.

As a departure from the looting aspect of the Dark Souls and other Soulsborne games, Sekiro does not feature different armor or weapons to equip. This design choice keeps the menu uncluttered and helps ensure that navigating it is fast and efficient. There are also no statistic screens with stats such as stamina or intelligence like in other Soulsborne games. A Shinobi has all the tools they need and is not the same thing as a Tarnished or Unkindled like in Elden Ring and Dark Souls III. You are already in a master-level class from the moment you start the game. This departure from standard role-playing elements further underscores the importance of resource management. Believe me; there will be several occasions where you’ll thank your lucky stars for keeping your Snap Seeds stocked.

Question: Do I Need To Use Snap Seeds?

Answer: The best part of any FromSoft game is that technically you don’t need to use a multitude of quick items. While everything has a use and a context, you are encouraged to find your style. However, you will be making the game more complicated than it needs to be if you don’t use Snap Seeds when they’re helpful. It’s up to you to create your play style and determine which tools you’d like to implement into your toolkit but never discount any item these games give you. Everything is here for a reason.

Question: Can Snap Seeds Be Used Against Any Enemy?

Answer: Yes and no. You can theoretically use any quick equipment item in any situation, Snap Seeds included; However, they’re not helpful against every enemy and encounter. They’re unavailable for purchase until you unlock an excellent merchant upgrade later in the game, so you don’t want to waste them when they’re unnecessary.

Question: When Do I First Acquire Snap Seeds?

Answer: For most players, the first time they’ll get one is right before fighting Lady Butterfly at the Hinata Estate. An NPC will be lying injured on the ground right before you descend a small staircase to challenge your former mentor. He’ll give you a single seed and tell you they work well for illusion-based enemies before passing away.

Question: Can Snap Seeds Be Farmed?

Answer: Yes! Cheesing and Farming are valid parts of the Soulsborne experience, and they can be farmed in the Sunken Valley Depths. Be sure to use the Demon Bell if you’ve obtained it and pop a Mibu Possession Baloon. The monkeys that populate the environment will occasionally drop them. It’s not the most lucrative farm, but it is possible if you want to stock up before unlocking the means to buy them from any merchant. For players earlier in the game, once you manage to stab the Great Serpent in the Ashina Outskirts, he should drop about five of them in the area for you to find. In the Soulsborne world, the motto is often “The greater the risk, the greater the reward.”

Anytime you’re faced with an illusion or the supernatural, it’s worth giving a Snap Seed a try. Not only can they provide a valuable stun to an enemy, but they can also help remove a portion of their health. Pair Snap Seeds with the upgraded Whistle prosthetic, and you have a hellish combo fit to best any Headless around. With Snap Seeds and enough Fistfuls of Ash, you can even cheese the challenging Corrupted Monk of Mibu Village! Sekiro, like any Soulsborne game, is difficult, but with our Snap Seed guide, you’ll work smarter, not harder, and be well on your way to besting the game’s challenges in no time. Never discount any of the items Sekiro or any FromSoftware game gives to you; everything counts in some amount.