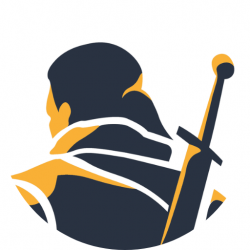 RPG Informer Team
We, the RPG Informer Team, are a bunch of dedicated writers who are also RPG enthusiasts, and gamers. We have all the information RPG related, and know the genre like the back of our hand. We have collectively explored more vast and fantastical worlds of RPG. We have played over 100,000+ hours in our respective favorite RPGs. We have the skills needed to become the champion of every world that exists within the RPG world. We are here to guide you through any RPG world of your choosing.

Sekiro: Shadows Die Twice is another quality, smash-hit game from the talented developers at FromSoftware and game directors Hidetaka Miyazaki and Kazuhiro Hamatani. If, perchance, you’ve already been able to beat Sekiro: Shadows Die Twice the first time around, it’s now time to look at the game’s New Game+ experience. I’m going to give you a rundown of how to unlock the New Game+ mode for Sekiro and how to get the most out of your Sekiro gameplay experience. Be forewarned if you haven’t played Sekiro yet because I will be going over details to the ending and final boss.

New Game+ is a completely optional gameplay mode for Sekiro. This is an alternate gameplay mode you can enjoy after you’ve beaten the game’s final boss, Isshin Ashina, or seen one of the endings, which will depend on the path you took in your initial play-through cycle.

Playing Sekiro on New Game+ will start a new game cycle. A new game cycle will begin once you reach Isshin. New Game+ allows you to have another enhanced difficulty mode, as well as the opportunity to unlock alternate endings, try out new gameplay techniques, and replay various levels with new abilities you learned in your previous gameplay cycle.

How to Unlock New Game+ in Sekiro

After beating the final boss, Isshin, you will have the chance to roam freely around the final area. You will be given the option in the game with the form of a message that says, “Start Playthrough #2 now? If you just not to start Playthrough #2 now, you may do so by accessing the large Sculptor’s Idol in the Dilapidated Temple at any time.”

If you select “No” at that screen, you may continue roaming that final area as you see fit. If there are any mini-bosses, enemies, or items you possibly missed before confronting the final boss, you can tackle those before returning to the Sculptor’s Idol in the central area. Then, you can still opt to select New Game+ later on.

Once you’re ready to begin your New Game+ run, return to that Sculptor’s Idol in the main, central hub area of the Dilapidated Temple. Once the Playthrough #2 options screen comes up again, select “Yes,” and it’s finally time to play New Game+ for Sekiro.

What Will Carry Over for the New Game+ Run?

When you start a New Game+ run, you will maintain your Skills, Vitality, most of your items, and all the attack power you gained from your initial run. The only things that will not carry over are select Key Items. These are items specific to advance certain quests in the game. Also, you will no longer have the Mortal Blade, or Fushigiri, when you start New Game+.

What Are the Changes for New Game+?

While New Game+ offers players a way to experience the game again in a new cycle with all the skills, upgrades, and items they acquired in their last game, it has a higher level of difficulty.

Enemies will be harder, stronger, and more difficult in New Game+. The difficulty level of New Game+ will also increase until your seventh New Game+ run. Additionally, enemies will cause greater damage when you are hit, including greater Posture Damage.

Your Posture gauge will also decrease at a much slower rate during New Game+. You will have to adjust your play style accordingly when deflecting attacks or taking damage because the gauge will increase much faster now.

New Game+ is the only way you can unlock the One Mind skill after beating the final boss, Isshin Ashina, and obtaining a Shura ending. While you do not need the One Mind Skill to receive the “Height of Technique” gameplay achievement or trophy, you will still need to unlock and experience New Game+ if you want to obtain every gameplay skill in the game, including the One Mind.

Finally, New Game+ is an opportunity for you to try new endings and unlock different paths, or explore new areas you didn’t the first time around. So you should experiment and have fun.

Kuro’s Charm is another unique feature that is only available to players by using New Game+ in Sekiro. It can also be found in new game cycles. However, players will still have to start a New Game+ cycle on at least one occasion to obtain Kuro’s Charm.

You will receive the Kuro’s Charm automatically at the start of any new game after the completion of the main story mode and then starting New Game+ (or New Game after you’ve entered New Game+ at least once). The item will appear in your inventory in the Key Items list. You will have the option of returning the charm to Kuro after receiving your sword.

Kuro’s Charm protects the Wolf from chip damage and blocking. The charm has the added effect of slowing down poison damage or build-up. However, returning the charm to Kuro will add another layer of difficulty. If you return to the charm to Kuro near the start of the game, this will unlock “The Path of Further Hardships” debuff. This is essentially an extra level of challenge and difficulty to an already more difficult mode of play for New Game+.

Unlocking this new difficulty mode will make the Wolf take on chip damage unless an enemy attack is perfectly deflected. So whenever you parry an attack, you will receive significant chip damage unless you perform a perfect block.

Parting with Kuro’s Charm will enable Enemy life and posture to increase. You will take greater Vitality and Posture damage in battle when attacked by enemies. Poison damage and other Status effects will also increase much faster throughout the game.

If you carry the Bell Demon Quick Item in your inventory, the negative effects caused by Demon Bell will stack with “The Path of Further Hardships” debuff and increase. However, if you decide to Keep the Kuro’s Charm, some of the penalties caused by the Demon Bell are reduced.

While “The Path of Further Hardships” when returning Kuro’s Charm does add more challenge and increase the level of difficulty, it does have one benefit for players. Experience and Sen returns will be increased by about 20 percent. So, there is a bit of a tradeoff in return for the added challenge in getting more EXP and Sen points when battling enemies.

For some players, having more challenge and difficulty by parting with Kuro’s Charm is a bonus in and of itself. It’s really up to whatever suits your overall gameplay style.

Question: How Do You Unlock New Game+ in Sekiro: Shadows Die Twice?

Answer: In short, you have to defeat the final boss, Isshin Ashina, and/or obtain a “Shura” ending. If you receive a non-Shura ending, you can leave the final area after beating the boss and go to the Sculptor’s Idol in the Dilapidated Temple area. You will be given an option screen and will be asked if you want to run “Playthrough #2.” Select “YES” to start your New Game+ cycle.

Question: Will All My Items Carry Over for New Game+?

Answer: No. You will not have certain Key Items or quest-specific and specific items that allow you to progress the story of the initial gameplay cycle. However, your Attack Power, Vitality, Posture, Prosthetic Tools & Upgrades, Healing Gourd, and all the other items you obtained in your initial cycle will carry over. Things that will not carry over include the Mortal Blade and Mibu Breathing Technique, since these are an Item and Skill that are specific to progressing the main story. If you missed any Gourd Seeds or Prayer Necklaces when beating a mini-boss during the initial playthrough, you will be able to obtain them during New Game+.

Question: What Features Are Unique to New Game+ for Sekiro?

Answer: New Game+ is the only way to learn all the Skills in Sekiro, including the One Mind Skill. New Game+ is also required to unlock Kuro’s Charm.

Question: What Is Kuro’s Charm

Answer: Kuro’s Charm is a unique gameplay item you receive when you start a new gameplay cycle and you’ve entered New Game+ at least once. You receive this item automatically once you start your new game cycle, and it protects you from chip damage while blocking, along with reducing certain Status Effects, such as Poison damage.
You can part with Kuro’s Charm near the start of the game, as you have the option to return it to Kuro once you receive your sword. Returning the charm will unlock a permanent gameplay debuff called “The Path of Further Hardships.” In return, you will receive greater Chip Damage whenever you are hit unless you execute a perfect deflect, and status effects and poison damage increase at a faster rate. However, parting with the charm and using the debuff will enable you to receive an increase in EXP and Sen points from enemies.

Question: What Platforms Is Sekiro: Shadows Die Twice Available for?

Answer: Sekiro: Shadows Die Twice was first released in March 2019 for PlayStation 4, Xbox One, and Windows PC. It was later released for Google Stadia in October 2020.

Answer: Yes, the game is playable on PlayStation 5 and all Xbox One X/S consoles with backwards compatibility. Per the official PlayStation website, gamers will need the latest system software on their console to play Sekiro. However, some features for the game on PlayStation 4 may be absent for the PS5 version. Backwards-Comptible.com notes that gamers can enjoy the Sekiro experience on PS5 with a single graphics display mode at a resolution of 1800c. The game’s framerate will also be locked at 60 FPS on PS5.
Additionally, Sekiro is also Xbox One X Enhanced with enhanced features for the Xbox One X/S. So, you will be able to play the game if you have an Xbox One X or an Xbox One S console. If you have an Xbox One X console, all you have to do is place the physical game disc in your console and make sure the latest software is updated.

Question: If I Enjoy Sekiro: Shadows Die Twice, What Are Some Other Similar Games Made by FromSoftware I Might Enjoy?

Answer: If you enjoy the experience of FromSoftware Games or Sekiro, here are some other releases made by FromSoftware that are worth a look:
• Demon’s Souls
• Dark Souls Trilogy
• Bloodborne
• Elden Ring (Due out February 2022)
If you enjoyed the gameplay, setting and atmosphere for Sekiro: Shadows Die Twice, here are some other titles I would recommend:
• Nioh
• Nioh 2
• Onimusha Wardlords
• Onimusha 2: Samurai’s Destiny
• Onimusha 3: Demon Siege
• Onimusha: Dawn of Dreams
• Ghost of Tsushima
• Tenchu: Stealth Assassins
• Tenchu: Fatal Shadows
• Tenchu: Wrath of Heaven

Sekiro: Shadows Die Twice is a challenging, fun gameplay experience. New Game+ is a great way to get some further replay value out of the Sekiro experience, plus you get the opportunity to replay the game with all the items, abilities, and techniques you picked up over the initial gameplay experience. Plus, there’s another layer of difficulty and challenge added on top to spice things up. No matter the difficulty or experience you opt to play, please have fun and enjoy Sekiro: Shadows Die Twice.