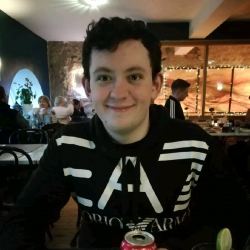 Combat plays an integral role in the Witcher 3. While I’m sure we could all playthrough a 50-hour extravaganza of Geralt playing Gwent and drinking with friends in Corvo Bianco, there’s no denying that part of the Witcher 3’s success came from just how intuitive the combat was. Different enemy types, potions, Decoctions, armors, Signs, attacks, and weapons.

There are a whole lot of weapons in the Witcher 3, and not all of them are worth your time. It’s important to choose your weapons carefully, especially on higher difficulties. Your swords and armor don’t scale with your level, so you’ll constantly be switching things up until you hit the endgame.

With that in mind, you should approach this Witcher 3 best weapons guide with a bit of caution. The four swords I talk about here are the best in class for their stated purposes, but you’ll never be able to “main” any of them until you’ve 50+ levels into your playthrough. Put less focus on what gear you use, and more on your build and skill. Once you’re well into the final hours of your initial playthrough, you’ll be able to use just one word from there on.

With all that being said, here’s what I consider to be the best weapons in the Witcher 3.

Best Silver Sword in the Witcher 3

Aerondight’s name gets thrown around all the time when people talk about the best weapon in the Witcher 3, and for a good reason. It’s a phenomenal silver sword that increases in power as you use the weapon. Typically, you would have to continuously craft new swords as your level increased in order for them to keep up. While Aerondight doesn’t level up with Geralt, it has its own built-in leveling system that lets it scale pretty well into the endgame.

On top of that, it deals more damage for each uninterrupted attack you land. This makes it a potent option to use with potion builds that make use of things like Wyvern Decoctions.

Each attack you land with Aerondight will increase its temporary damage by 10%. At a 10-hit streak, you will always crit on attack. The sword will also glow gold. If you kill an enemy while the sword is in that glow state, it will reset and its permanent damage will increase by 2 and the sword will level up. There’s a limit to how many times the sword can level up, and that does scale with your level. If you’ve hit that limit, then Aerondight will simply hold its extra damage and crit chance at a 10-hit streak rather than resetting.

The only drawback to this sword is that it takes some work to get it up and running. When you first get it, you’ll want to take it to some Nekker nests, or something similar, so that you can get a lot of easy kills on respawning enemies.

How to Get Aerondight in the Witcher 3

Unfortunately, Aerondight is locked behind Blood and Wine, so you’ll need that DLC in order to obtain it. If you don’t have the DLC, it’s more than worth picking up whenever you can. Not for Aerondight, but for how well it adds on to Geralt’s tale. It’s arguably better than vanilla Witcher 3, and that’s saying something.

99% of you should have Blood and Wine, though, so that’s not a problem.

Aerondight is a reward from the quest “There Can Be Only One”.  The recommended level for the quest is 43 and it’s given to Geralt by picking up “Test Yourself with the Trails of the Virtues” from the noticeboard in Gran’place in Beauclair. This quest is a little complicated and requires some work going into it, so bear in mind that it’s no walk in the park.

Best Steel Sword in the Witcher 3

Just like the best silver sword in the Witcher 3, the best steel sword is also locked behind DLC. This time, it’s Hearts of Stone. Iris is the name of Olgierd’s sword and a reward for completing the final main quest of the DLC. Given that Hearts of Stone contains arguably the most difficult boss fights in the entire game, this sword is extremely tough and time-consuming to obtain. Not only that, but it requires you to pick one of two possible outcomes for Olgierd at the end of the DLC. Choosing the incorrect option will not reward you with the sword.

Iris isn’t considered the best steel sword in the Witcher 3 just because of its stats. It has a unique effect that activates upon three light hits (blocked or unblocked). The blade will glow red and your next power attack will bypass shields and have a knockback similar to Aard, but stronger. However, executing this will cost Geralt 15% of his maximum Vitality.

As well as that effect, Iris hits twice any time you connect with a power attack. Power attacks also don’t charge the weapon’s knockback effect, meaning it won’t cost you health. This makes it an extremely effective option for any build utilizing heavy attacks and the most damaging steel sword in the entire game.

How to Get Iris in the Witcher 3

Spoiler warning. To get Iris, you need to complete Hearts of Stone from start to finish. This is a tall order, especially with how difficult the DLC’s fights are. Once you’re at the end of it, however, you’ll need to spare Olgierd’s soul for him to give you the sword. This requires completing Master Mirror’s riddle and will prevent you from receiving any of his possible rewards.

Once you solve the riddle and save Olgierd, he will give you his sword in thanks before the two of you part ways.

Best Early Silver and Steel Swords in the Witcher 3

Of course, both the best steel and silver swords in the game are locked behind DLC. On top of that, they bought require a hell of a lot of progress to obtain. In Aerondight’s case, you need to be around level 43. In Iris’ case, it’s a reward from the last quest in the DLC’s storyline. What if you needed a good sword for the start of the game, though?

Well, let me introduce you to the Viper School Witcher swords. The Witcher School gear sets tend to be incredibly powerful on their own. You could easily use any of them at the endgame and do fine on any difficulty. A lot of them are difficult to obtain, though. That isn’t the case for the Viper swords which can both be found without ever leaving White Orchard.

Each one has far better stats than weapons you’ll typically be finding at this point in the game. At the very least, they’ll carry you through the region until you reach Velen. The silver sword gives Geralt +10% Aard Sign intensity, a 10% chance to poison enemies on hit, and a 20% increase in experience earned from defeating monsters. The steel sword, on the other hand, has a 15% chance to poison and gives Geralt +5% experience from defeating humanoids.

How to Get the Viper School Swords in the Witcher 3

To get the Viper steel sword, you’ll need to find its diagram in the Amavet Fortress Ruins in White Orchard. This is an unmarked location on the map just West of the Ranksacked Village waypoint. The ruins can only be reached by climbing up a set of cliffs and is inhabited by bandits.

For the silver sword, you’ll have to head to the White Orchard Cemetary North of the Mill waypoint. The diagram is in the chapel’s basement.

In terms of alternative options to the four swords I’ve already talked about, you can never really go wrong with the highest-level Witcher School gear you can currently obtain. Each school suits a different playstyle, but they’re all generally far superior to the regular weapons you’ll find out in the world and in blacksmith’s inventories.

The Cat and Bear School weapons, in particular, can be very powerful when in the right hands with the right build. However, all of them are viable weapons provided you don’t out-level them too much.

Whenever you have the opportunity, make a point of completing the scavenger hunts for each School’s gear. Not only are the swords some of the best in the game, but the armor is, as well. You can also upgrade most sets all the way up to Grandmaster crafted with Blood and Wine installed, so you’ll be able to keep your gear relevant for most of your playthrough.

Other than that, just use whatever has the best stats at the time. Min-maxing is all well and good, but when you’re in the middle of a playthrough and you’re plowing through levels, sometimes it’s just not an option. In that case, just use whatever you pick up that has the best damage output. As long as you’re keeping your weapons in good condition, you should be able to make relatively anything work.

Question: What is the strongest weapon in the Witcher 3?

Answer: The strongest individual weapon in the Witcher 3 is the Aerondight silver sword. Successful hits with the weapon buff its attack up to 100%, and can give it a 100% chance to crit. This lets it do far more damage than even the second-best weapon in the game.

Question: Which Witcher gear set is the best?

Answer: Each of the Witcher gear sets is tailored to a different style of play. As such, no single one of them can be argued as the best. However, the School of the Cat’s gear is a personal favorite of mine thanks to the wide variety of resistances it offers.

Question: What is the highest level in the Witcher 3?

Answer: With all of the DLC installed, including Blood and Wine, the highest level you can reach in the Witcher 3 is 100. Once you hit that level cap, Geralt will stop receiving experience as a reward for completing quests and killing monsters.

That’s it for all the best weapons in the Witcher 3. I’ve pointed out four possible swords, two of each, for you to go with. The Viper School weapons will serve you tremendously during the start of the game. Once you reach Velen, you can swap them out for some Cat or Bear School weapons. Then, once you’re far enough to be in the endgame of your playthrough, you’ll have access to Aerondight and Iris – the two actual best weapons in the game.

To fill in the gaps between those weapons, either use Witcher School gear, or whatever you can find during your travels. It’s important to remember that weapons in the Witcher 3 don’t scale with you. A sword that’s incredible when you’re level 10 will be useless by the time you’re level 17. This makes it impossible to keep the same sword for an entire playthrough unless you’ve hit the level cap. So, if you’re still leveling, don’t fuss over min-maxing your gear. You’ll have to constantly change it up, anyways.