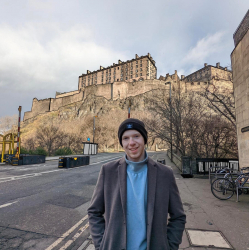 James Gibson
James is a seasoned RPG specialist that will happily spend days upon days exploring vast, open worlds. Whether it's a Bethesda epic, another trip in the Animus to a moment in history, or something a little less mainstream, James takes to it like a duck to water. When not exploring and slaying beasts twice his size, James regularly competes for Jiu-Jitsu comps, and loves hiking and exploring his own reality

I have to be honest and speak about my bias upfront for this guide. I love the Witcher, the books, the games, and even the TV series. (even though they do some horrible things to the source material) So, with this in mind, please take me very seriously when I say that I have played a lot of The Witcher 3: Wild Hunt in my time. Through these countless hours of continued struggle and enjoyment, I have played almost every quest at least twice. Throughout this ‘research,’ I have cultivated a list of quests that I think are the best and that I enjoyed the most.

The “There Can Only Be One” quest is one of these. It is a mission that I honestly love returning to, always leaving me in a position where I just want to lose more and more time to this beautiful world that CD PROJEKT RED had designed and built around Sapkowski’s work. For this reason, I have decided to take you all through this quest to impart my love for the mission, perhaps helping those who struggle in the quest and those who may not see the great bits scattered throughout. So, with all this being said, what are we waiting for? Let’s go!

Beginning the Quest and General Details

To begin this quest, the Witcher doesn’t need to have completed any particular prior quests; however, the game recommends a level of 43 before you even start thinking about the quest and its massive undertaking. In my experience, I have found that most decent players can usually get by should their version of Geralt be within five levels of the suggested target. So you’re going to find and complete this one from level 38 and above, in my estimation. However, considering this quest is part of the Blood And Wine expansion pack, your version of Geralt should be pretty beefy by the time you make it to this quest; therefore, you probably needn’t worry.

With this level rating achieved, the player can head on over to the notice board at The Gran’place. This location is the name given to the main square of Beauclair, the capital city of Toussaint. To find the square, simply journey through the city until you reach the Hauteville district; the square should be easy to find. Should you have a thing against notice boards or simply don’t want to travel through the inner sanctums of Beauclair, you can also gain this quest by eavesdropping on a conversation between two knights, Bors and Percival, at the Tourney Grounds, just north of Beauclair. Most players will likely happen across these tourney grounds before reaching the inner city of Beauclair, so I recommend you keep those Witcher ears open around any knights in the area.

Once you have successfully picked up the quest, your Witcher journal will discuss a trial of some sort, one which will test the virtue of anyone who deems themselves worthy of participating. Next, the journal points the player towards the shores of Lac Celavy.

The Hermit at Lac Celavy

Once the player has decided to put themselves through this mysterious trial of virtue, they must head to Lac Celavy, located northwest of Beauclair. Once here, the small island will appear deserted; however, if you journey to the northern side of the small island, Geralt will find a collection of five stones. Each of these stones will represent one of the five chivalric virtues of Toussaint, standing as powerful figures that each knight of the state must live up to. These virtues which these Toussaint knights and now Geralt must achieve are:

After regarding these stones and the virtues they represent, you must journey past them. The player will then see a bearded figure kneeling in the short grass, reachable across a small inner body of water. Should the player move to cross the body of water, you will find that Geralt is actually able to walk on it as if he is some biblical deity that I won’t name in case I cause some sort of bother. If this doesn’t tell you that something is strange about this whole situation, I don’t know what will. However, regardless of this miracle, the conversation between Geralt and the Hermit is rather mundane.

The conversation between Geralt and the Hermit can go one of several ways. Should the player have already completed quests or actions that have earned him the five chivalric virtues, the Hermit will offer him a trial by combat. However, for most players who were not already aware of this quest before finding the notice board and those who have not spent a great deal of time on side quests, you will be told by the Hermit that you still need to learn and represent one or many of the outstanding virtues. To incentivize the player to either fight him or complete the chivalric trials, he will offer the player a reward of a “wondrous blade.”

However, suppose the player has somehow managed to complete all the quests which can add to your chivalric tally without earning said virtue point. In that case, the island itself will be completely deserted, resulting in a quest fail as the Hermit will not even bother to appear.

Each chivalric value has a series of quests associated with it. These quests are dotted throughout the game and come in various difficulty levels. However, the “There Can Only Be One” quest and the five stones of chivalric duty do not accept merely completing one of these quests per value; no, the player must either complete said quests in a particular way or make a certain decision in order to earn points towards this particular quest. This is the beauty of this quest; it rewards players for being nice throughout their playthrough, possibly resulting in less work for those players who have already been acting chivalrous throughout their Witcher contracts.

So, with this in mind, here are a few quests that you can engage with in order to attain each of the chivalric values and where you can find them:

Earning the Virtues the Quick Way

Should you either not have time to stumble your way through the countryside, hoping to come across a relevant quest to earn yourself the value points you seek, there is a quick, semi-cheaty way to garner all five value points.

By beginning the “The Beast of Toussant” questline as early as possible throughout the Blood and Wine expansion pack, you are on a course for quick completion of the “There Can Only Be One” questline. After completing the quest, the player is given the Blood Run quest and “The Warble of a Smitten Knight” quest. By completing these three linked quests, you can garner all five virtues.

To earn your compassion point, you must spare Shaelmaar during The Beast of Toussaint. Then guess the correct answer at the end of this quest (the answer being Greenhouse) to earn your wisdom point. After completing “Blood Run,” you can start the “Turn and Face the Strange” quest, where tipping the young boy will earn the Witcher’s generosity point.

Later, during the smitten knight quest, enter the duel as Geralt and defeat Prince Anseis to earn your honor point. Lastly, during this same quest, win the entire tournament in order to prove valor.

All of this will complete your five virtue points needed to commence the last section of the quest.

After all of these deeds are accomplished, and the player has earned a point in each of the chivalric values, the Hermit will challenge the Witcher to a trial by combat, the last step before being deemed worthy of the mysterious blade.

Once the Hermit defeats the Hermit, he will head to the lake surface and fully submerge himself underwater. The Lady of the Lake will emerge from the water a few seconds later. Upon her emergence, she will speak with Geralt and discuss his virtues. Afterward, she will reward the Witcher with the silver sword Aerondight, a recurring weapon throughout the Witcher cannon. This, therefore, ends the quest garnering the Witcher an additional 300-350 XP.

Question: How to unlock There Can Only be One quest in The Witcher 3?

Answer: The player must already have installed the Blood And Wine expansion pack and have processed through the story far enough to access Beauclair and Toussaint.

Question: How do I get all five virtues in The Witcher 3?

Answer: To get all five virtues, you must complete certain quests scattered throughout the game and make certain correct decisions within these quests. The easiest quests to attain said virtues are listed above.

Question: Is Aerondight the most powerful sword in The Witcher 3?

Answer: Due to its unique monster-killing abilities, Aerondight is definitely the best sword in The Witcher 3 for when you are dealing with monsters. However, as a silver sword, it is effectively pointless to use against humans.

So, there you have it, a detailed guide to one of the best quests in The Witcher 3: Wild Hunt. This quest not only allows the player to earn a unique and cherished weapon within the Witcher canon, but it also ensures that the player engages with certain quests they might have otherwise overlooked or missed in order to gain the weapon. As mentioned earlier, this quest is one of my favorites throughout the entire game, never mind the Blood And Wine expansion pack. This is because of the variety of quests that it throws at you and the sheer amount of effort you must put in to gain your reward, making every swing of Aerondight from that point on feel so sweet.

With all this in mind, I hope you enjoyed this guide and found it useful if you have been struggling to attain the five virtues; I know I did during my first playthrough. I wish you good luck in the future and hope to see you again soon. Happy hunting!