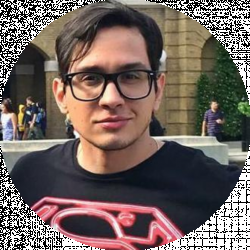 Murillo Zerbinatto
Murillo is a dedicated gamer and RPG enthusiast that has been in around the world of games and content creation for many years. He has a particular love for Final Fantasy and has absorbed all the content that this long-running series has to offer. When not playing RPGs or Final Fantasy XIV, Murillo reads high fantasy books and watches superhero series or anime. He started studying Japanese and hopes that he will be a scriptwriter for Final Fantasy XVII in a few years.

One of the neatest things about Kingdom Hearts having several installments that span the same lore and world-building is that the mechanics introduced in one game are usually carried forward to the following ones. When I played Birth by Sleep and struggled to face the Unversed, I always resorted to Shotlocks to save the day. Not only could the attack do a lot of damage, but the invincible frame during its execution saved my skin several times.

This feature reappeared in Kingdom Hearts III with more pomp, style, and variations. But their acquisition differs. Now, Shotlocks come ingrained in Keyblades. Some you naturally get in a normal playthrough, while others you have to grind a bit. That’s why today I will talk about the Shotlock List in Kingdom Hearts III, how to acquire every one of them and consequentially complete its section in the Game Records.

Shotlock is a new type of attack that debuted with Ventus, Terra, and Aqua. By holding down R1/RB, the Keyblade wielder enters a third-person aiming mode and goes about marking enemies. A lock count on the screen shows how many enemies will be joining in for a beating. Then just press X or B to unleash the equipped Shotlock. Remember that you need the Focus Gauge to use Shotlock, and the Focus Gauge gradually drains if you keep aiming while not shooting.

In Kingdom Hearts III, each Keyblade has one Shotlock and usually two variations. The command varies depending on the number of locks. If you use the Shotlock with the maximum amount of locks, it will deliver a different attack if used with less than the maximum amount. Two Keyblades have 3 variations of Shotlocks, which changes if you have a max lock on a single target or multiple targets. I know, it sounds confusing. But it will get easier after watching my live stream on Twi… oh, sorry, no self-advertisement. 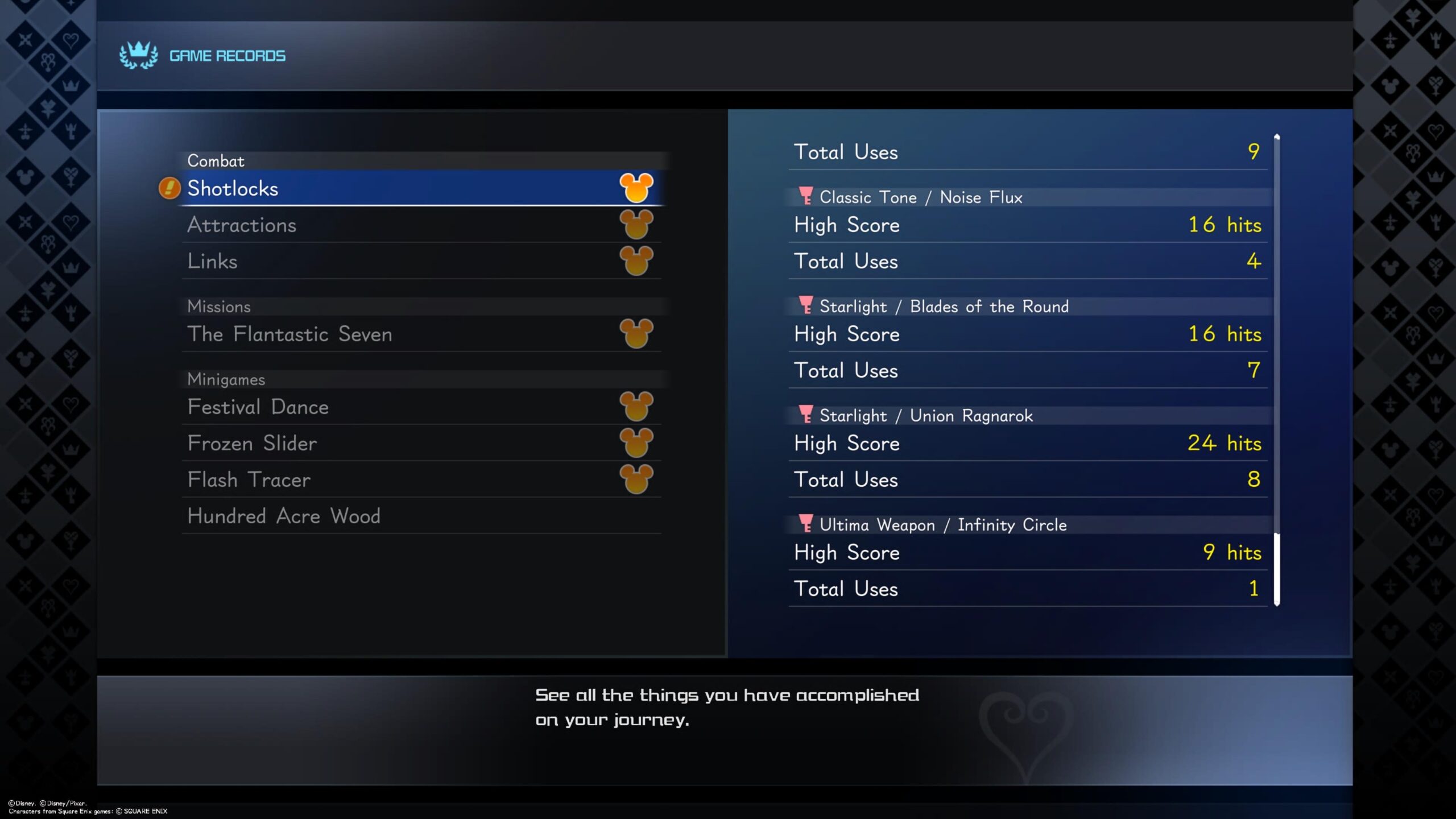 Many Keyblades are acquired as soon as you complete a specific world, while some have special requirements. The focus here is not to teach you how to get all the Keyblades – although I will write a blurb about that – but to list the different Shotlocks for each key-shaped blade.

If you are hunting for all of the achievements in Kingdom Hearts III, you will need to complete the Shotlocks Game Record. To do that, each existing Shotlock must be shot at least once, or that record will never be satisfied. I know this intimately because I’m sorta a platinum trophy enthusiast myself and wondered why the hell that crown didn’t grace my Shotlocks. To prevent you from the same frustration I had, below, I’ll show you a list with all the Keyblades, their respective Shotlocks, and how you can trigger different commands according to the locks. 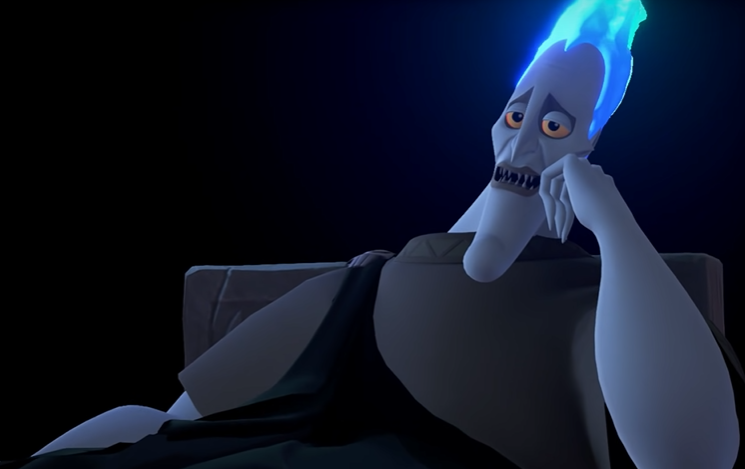 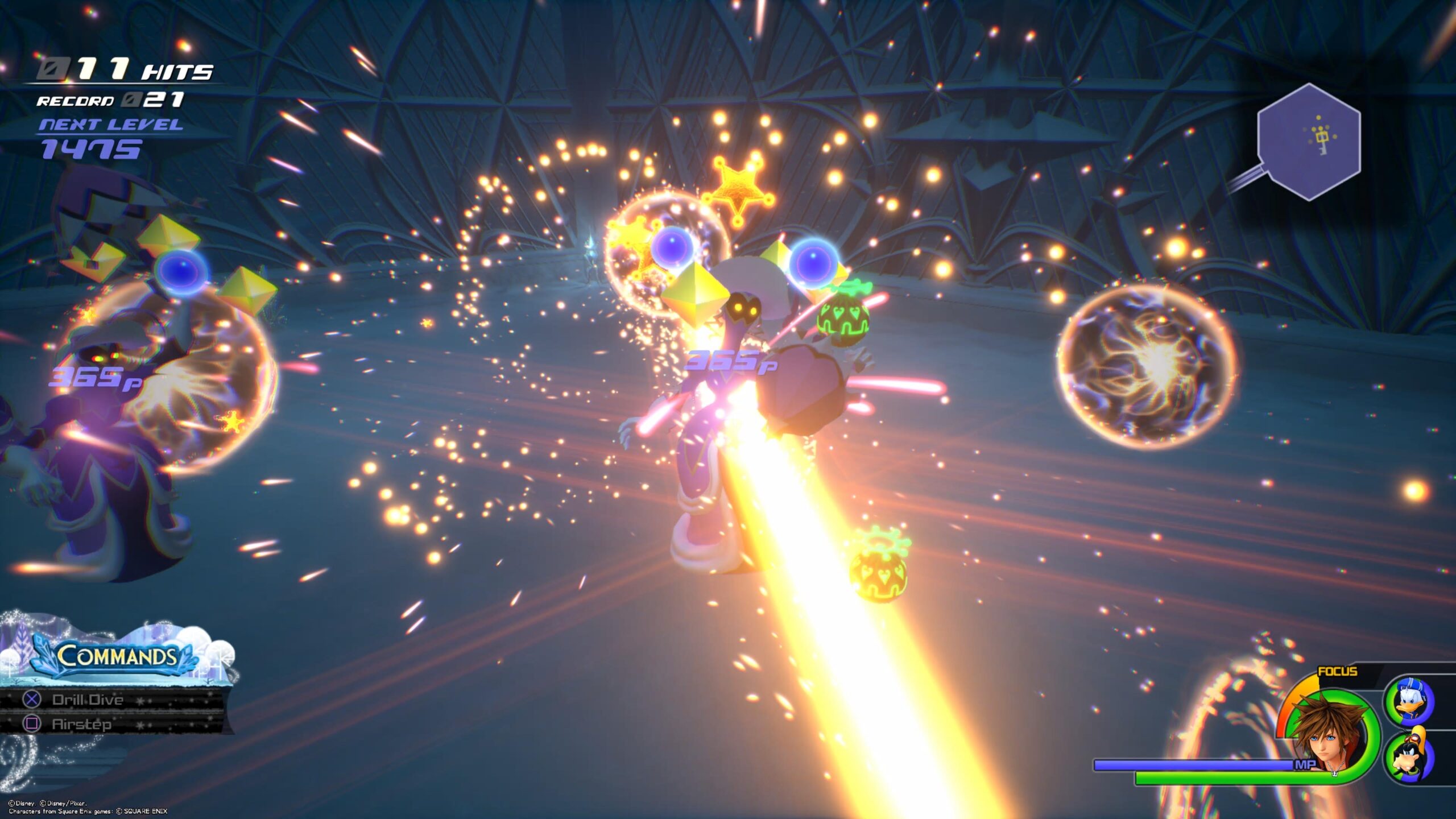 How to Obtain: After completing Toy Box.

How to Obtain: After completing the Kingdom of Corona.

How to Obtain: After completing Monstropolis.

How to Obtain: After completing Arendelle.

How to Obtain: After completing The Caribbean.

How to Obtain: After completing San Fransokyo.

How to Obtain: After completing 100 Acre Woods. You can access this world by talking to Merlin in Twilight Town after Arendelle.

How to Obtain: Play the cooking minigame and lead the bistro to a 5-stars cafe.

How to Obtain: Play and register a high score in all the Classic Kingdom mini-games.

How to Obtain: After completing the Keyblade Graveyard story.

How to Obtain: Unlock the Ultima Weapon recipe by collecting 58 synthesis materials and then craft it with some rarest materials.

Shotlocks: Infinity Circle – Circles of power surround Sora. He sends a burst of light into the unlucky one targeted, causing severe damage. This shot clock only has 1 Lock, but you need to charge it slightly. 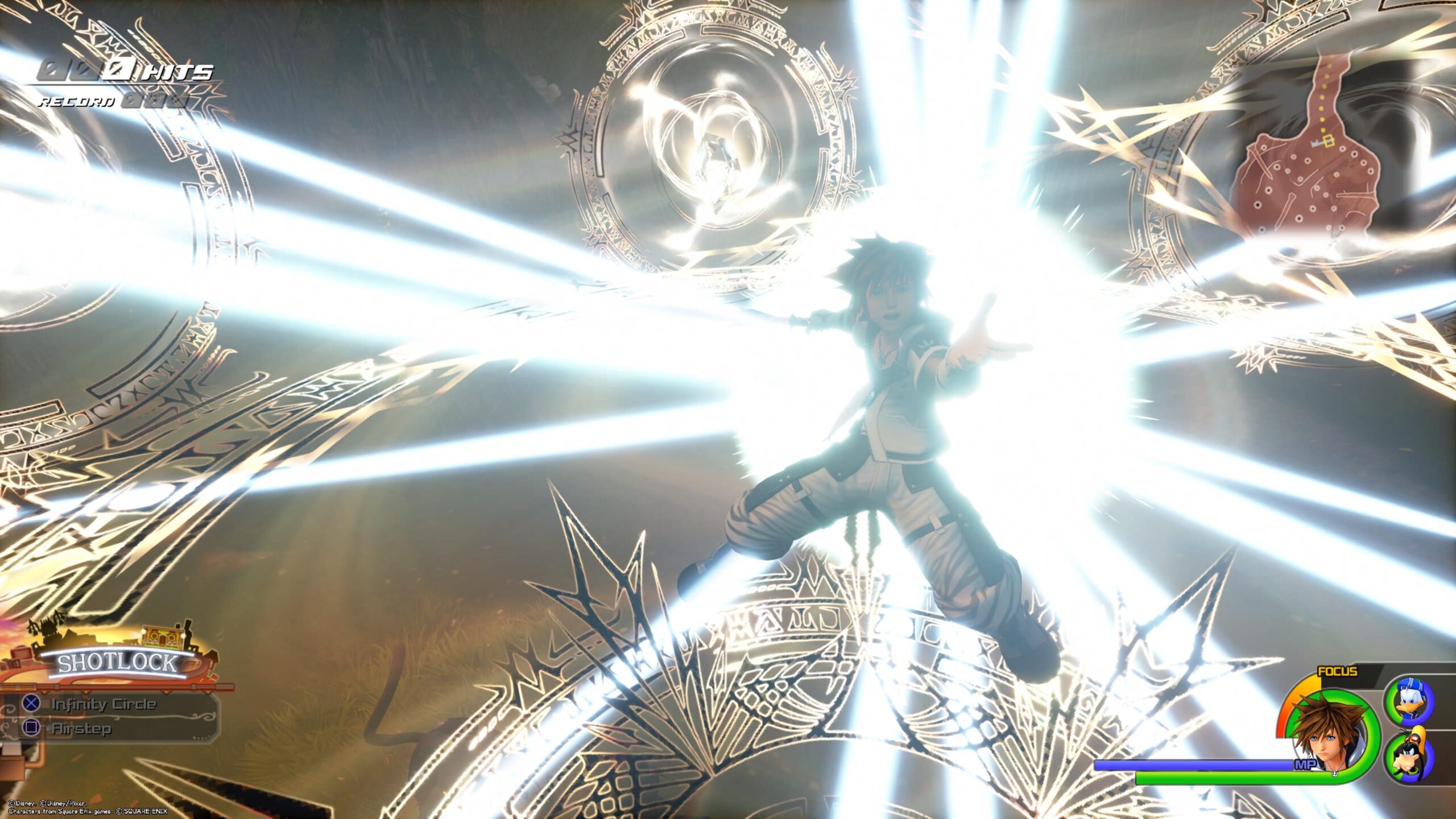 There are two more Keyblades for Sora that, although it doesn’t count to the Game Records, have new Shotlocks: the Oathkeeper and the Oblivion. You must have the DLC. Otherwise, you will be like a headless chicken, like I did, wondering why the Keyblades don’t appear after completing the requirements.

How to Obtain: To get the Oathkeeper Keyblade, you will have to show your talent as a photographer and find all 90 Lucky Emblems. Then, after finishing the game, you will earn the item Proof of Promises, which, when traded in a Moogle Shop, will give you the Keyblade.

How to Obtain: Oblivion is less grind and more skill. You need to exchange the item Proof of Times Past in a Moogle Shop, acquired after finishing the game in Critical Difficulty mode. 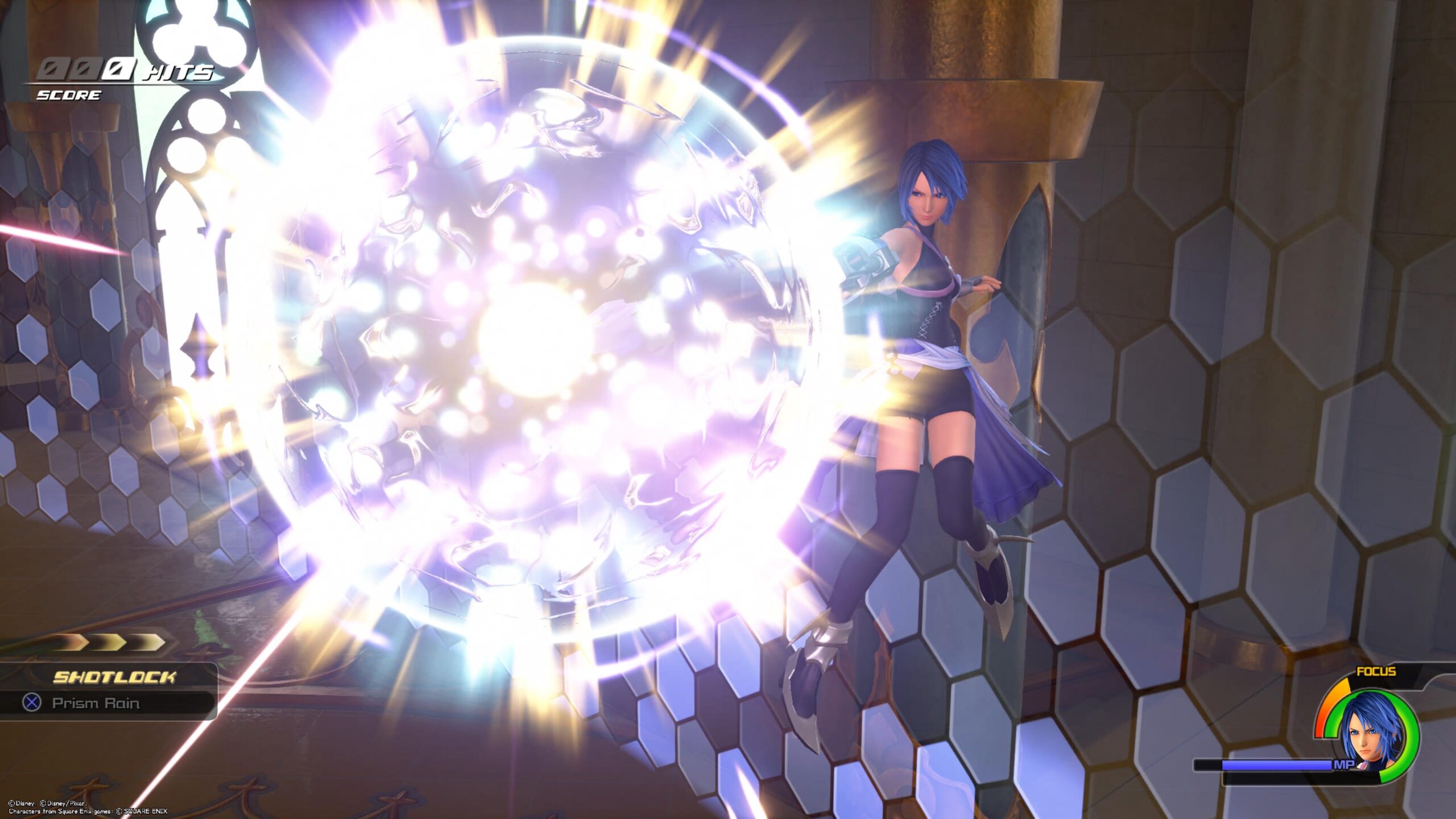 Kingdom Hearts III is like the Avengers from Kingdom Hearts. While in the first Kingdom Hearts, I thought a Keyblade wielder was something extremely rare, the third numbered game – or was it the 6,43 installment? – it showed me that it’s just not as common as a hot dog stands at Times Square. Point in case, we control several other Keyblade wielders during the game, and some of them feature a distinct Keyblade and Shotlock.

Furthermore, like every good game of our century, Kingdom Hearts III is not free of DLCs or pre-order bonuses. Some of these add a new Keyblade to the game. However, they are only aesthetically different since their Shotlock functions identically to Sora’s default Kingdom Key.

How to Obtain: Kairi’s default Keyblade.

Shotlocks: Heart of a Princess – 1 Lock, but needs to be charged to work. Kairi glides over the enemies, showering beads of light upon them. 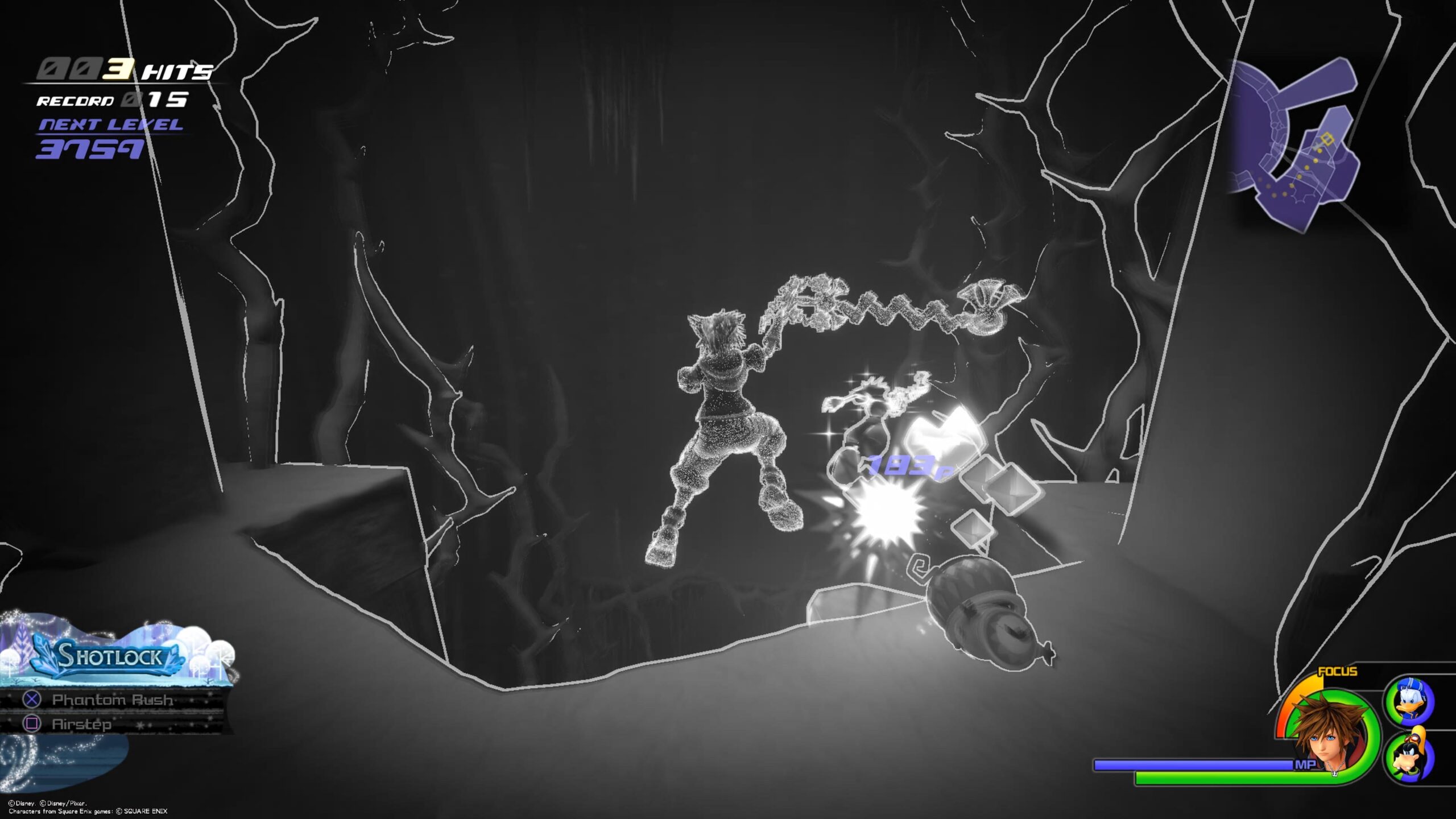 I already told you how to use Shotlocks, but the critical question is, when should you use it? To use this command, you need the Focus bar. Generally, you can use two Max Locks Shotlocks when the Focus bar is at its maximum. Enemies drop focus orbs, these little orange balls, which recover your gauge.

There is also an ability called “Focus Syphon” that, when equipped, allows you to use a Shotlock when the depleted Focus Gauge is charging. This ability lets you use a Shotlock that sucks focus orbs from enemies, increasing your gauge recovery. Additionally, you can equip the Refocuser item, which, when consumed, recovers 40% of the Focus Gauge.

I think you noticed that using Shotlocks is a little limited, right? That’s why in my Critical playthrough, the highest difficulty level, I preserved my Focus Gauge for more powerful enemies or exclusively for bosses. They rarely drop focus orb, so I assured to jump into the fray with my Focus Gauge filled and use some Refocuser if the situation got dire.

I didn’t use Shotlocks for damage but to survive some hyper-blaster boss special attack. Every time the boss would start a ritualistic dance and the sky darkened as if I were watching Stranger Things, I would open the Shotlock scope, maximize my Locks and unleash it moments before the boss took off and started throwing buildings and planets in my face. Shotlock’s animation would happen simultaneously with the boss’s, which allowed me to have a few more frames of survival to last through the next few bumps.

It depends on your play style and difficulty. Against common enemies, I generally abuse area spells like Thundaga or Aeroga. I then use the Grand Magic of Thundaza or Aeroza, sending them to kingdom come. But when it comes to the boss, I prefer to save my MP for that emergency Curaga and employ common attacks, reactions commands, and Shotlocks from my arsenal to bring the trophy home.

Question: How many Shotlocks are in a Keyblade?

Answer: Usually two each, but some Keyblades have three. In the base game, Shooting Star and Hunny Spout are two Keyblades that have three variations.

Question: Can you get the Starlight Keyblade in Kingdom Hearts 3?

Answer: You naturally acquire the Starlight Keyblade after finishing the events in the Keyblade Graveyard. However, if you were a Kingdom Hearts Union Cross player, you could obtain it early in the game after completing a series of mini-games in the mobile game and using the code you earned. Today, it’s no longer possible to acquire the code since KHUX is just a series of videos and is unplayable.

Question: How to complete all Shotlocks Game Records?

Answer: You need to utilize the Shotlock from the Keyblades that you can find in the base game. DLCs, promotions, or any other Keyblade acquired via illicit ways is unnecessary. Usually, the Shotlocks missing are from Shooting Star and Hunny Spout because both weapons have three variations of Shotlocks. One is to use Shotlock non-maxed, the other is Shotlock maxed on a single target, and the third one is Shotlock maxed on three or more targets. The number of hits doesn’t matter.

Question: Does DLC Keyblades have Shotlocks?

Answer: They do, but they are pretty much the same Shotlocks as the Kingdom Blade. The only thing that changes is usually a color variation on the attacks and shots fired. Don’t worry. You can keep your FOMO in check.