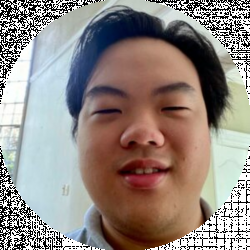 Outer Worlds is an Action RPG with a deceptively deep combat system, from its action-filled shooting to its Tactical Time dilation system to mimic the effects of the V.A.T.s from Fallout without stopping the combat entirely.

On top of that, you have to consider the other mechanics this game has to offer, both in its regular difficulty and the Supernova difficulty. I am all for realism, but when you have to suffer the consequences of dehydration, the game goes from a moderately challenging time to near impossible.

Thankfully for this article, we will be focusing on the damage types that weapons can do. This involves all kinds of weapons, from Unique to Science to melee. I will not be discussing the other combat mechanics in detail, but I will mention them now and then.

To quickly explain why knowing these damage types are essential. We have the weapon wheel, which is a system that allows the player to equip four different weapons simultaneously; however, it does not mean you can use all four simultaneously. Instead, you can switch between them freely, even while in combat.

This gives you a large amount of type coverage as these damage types are more effective against some enemies while doing less for other kinds of enemies. It also changes the dynamic of ranged and melee, attack speed, fire rate, and other mechanics that we will not focus on too much today.

So rather than having to plan everything and look through the Weapon Ledger to compare the stats, I have compiled the weapons that do those specific damage types and will leave it to you to decide which one you want to take on.

What are the Damage Types in the game?

Physical damage is the basic damage type, and it comes from the impact of Kinetic force and is more commonly found on melee weapons, and they are a little weak against armor.

Plasma damage is good against flesh and can occasionally apply the Burn status effect, damage over time. It is effective against light armor and creatures, except for Mantisaurs.

Corrosion is good against heavy armor, including Mantisaurs, Automechanicals, and armored units. It can also inflict the Acid status effect, which does damage over time and reduces the armor of the inflicted, and it does extra damage to Automechanicals.

Cold is like physical damage wherein it is weak against armor; however, it applies the Chilled debuff and occasionally the Frozen debuff. Chilled is a strong debuff that reduces movement speed, rate of fire, and melee attack speed, and Frozen does just that it freezes the target, making them unable to move.

N-Ray Weapons are incredibly effective against creatures, and it causes internal damage and then spread more N-Rays to surrounding targets. It is hugely ineffective against nonorganic entities such as Automechanicals.

With all of this in mind, let’s look at what weapons have these damage types. I will not be rating them or putting them on a tier list but instead just give you the stats and abilities, so you have an idea of what they can do.

These are represented in-game by the white icon.

These are represented in game by the red icon.

These are represented in game by the green icon.

These are represented in game by the snowflake icon.

These are represented in game by the light blue icon.

These are represented in game by the purple icon.

As you can see, there are many more Physical weapons than any other, and some weapons are just improved versions of different weapons. So when picking out what you want, make sure to consider which weapon does its best and what extra effects they may have.

Aside from the base damage, weapons can occasionally inflict special effects on both you and your enemies, and here is a quick list of what they are and what they can do.

Question: What is better, Plasma or Shock?

Answer: It depends; the shock is good against Automechanical or robotic enemies but is not that effective against other types. Plasma is good against flesh enemies, like creatures, and will burn anything it hits; however, it does not do well against non-flesh enemies. So it depends on who you are fighting.

Question: How do Damage Types work in Outer Worlds?

Answer: Every weapon in the game does a specific damage type whenever it hits. So a Plasma gun does Plasma damage while a Cold gun does Cold damage. Against certain enemy types, one damage type does more than others. So think of it matching the damage type with certain enemies for maximum damage.

Question What is the difference between D.P.S. and Damage in Outer Worlds?

Answer: Damage is calculated by how much a single projectile or swing affects an enemy. They are reduced by their armor and resistances and buffed by your stats and perks. D.P.S. is calculated by the average of how much damage you output per second. This includes terrain, damage over time, and other effects so long as you created them; it also consists of the damage from your weapon.

All in all, Outer Worlds has a weapon for everyone and every damage type. If you feel like you aren’t doing as much damage to certain enemies, why not switch them out with a more effective weapon against that type of opponent. Play smart and use those four weapon slots on your wheel to their fullest.