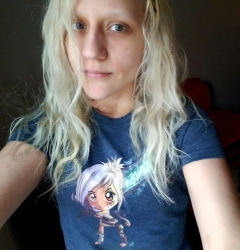 Emily Medlock
Emily is a keen RPG and survival gaming fan that has been writing about games for almost as long as she has been playing them. It's a tough question to answer, but if pushed, her top five games are Legend of Zelda: Ocarina of Time, League of Legends, Final Fantasy XIV, Ark: Survival Evolved, and Fable.

Roundtable Hold is the citadel, the headquarters, the Pokémon Center of Elden Ring. It is the best place to afk or log out. You can reach the area early in the game and what meets you is well worth the time it takes to get there. I recommend traveling there as soon as possible. The NPCs you meet and the shops you can unlock at Roundtable Hold will make the game ten times more enjoyable and will always offer solace whenever you need a break from areas you are under-leveled for.

What Is Roundtable Hold In Elden Ring?

In Elden Ring, Roundtable Hold is known as the “bustling hub area that exists outside of the Lands Between.” At this hub, there are merchants, artisans, and even NPCs that will upgrade your weapons and ash summons.

How To Get To Roundtable Hold 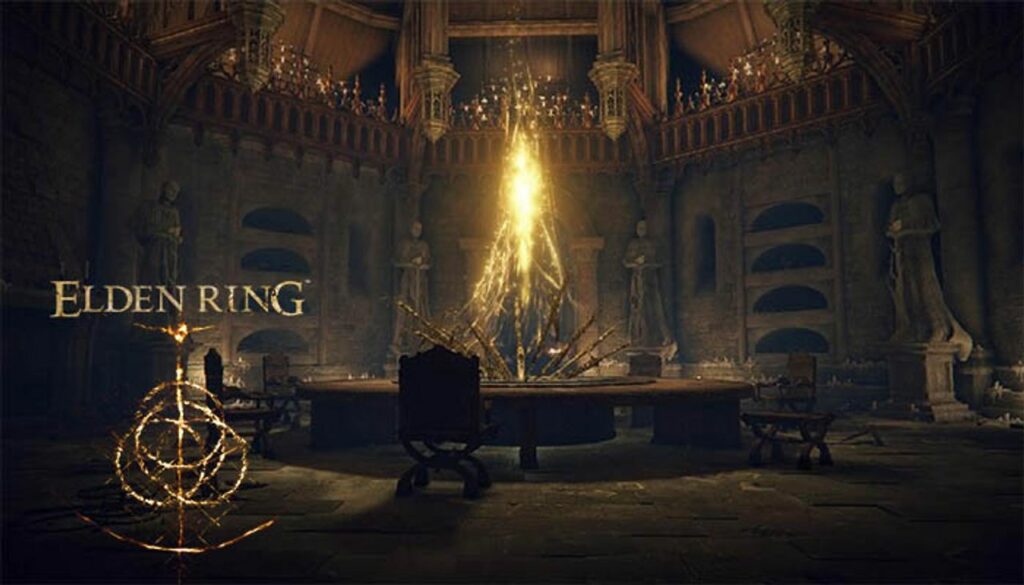 You can reach Roundtable Hold by going around Margit for now. This will not progress the story, but it will allow you to reach the Hold before your fight with the first official boss of the Elden Ring. You can do so by going to the end of the broken bright where the Palm Reader is found. This is north of Stormhill Shack and difficult to miss (you can even see it on the map).

When you reach this bridge, you will be able to see broken pieces of bridge and wall leading down the cliff. Stick right, and you will eventually be led to Liurna of the Lakes. Rest at the Lake-Facing Cliffs Site of Grace, and Melina will appear to offer to take you to Roundtable Hold.

How To Reach Roundtable Hold From Anywhere

This rarely happens, but if you explore a lot, then it will trigger. Some players have found that after visiting twelve traditional Sites of Grace (the ones out in the open), then Melina appears to offer you the trip to Roundtable Hold.

Every NPC at Roundtable Hold is special. Talk to them at every opportunity and pay attention to what they say. Most of them have questlines that unlock items that you don’t want to miss. 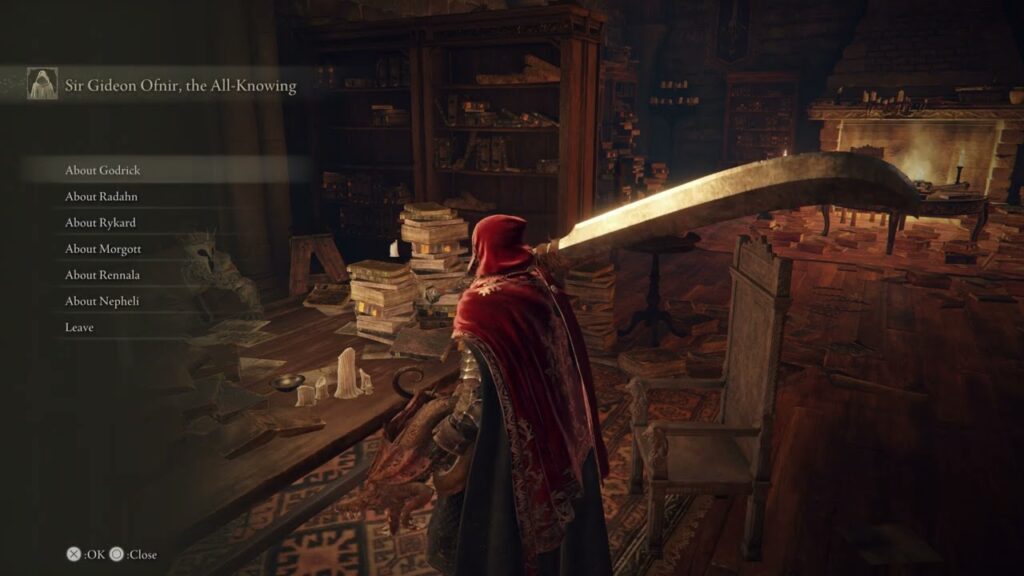 Gideon is the leader of the hold. No, he’s not the one chilling at the round table, but the one in his office doing paperwork, which is an accurate representation of a war leader. The first time you speak to Gideon, he is sure to tell you, in full Jedi Master Mace Windu fashion, that you are not a true member of the Roundtable. Not until you earn a few things first.

This guy is easy to miss at first because he stands there in the hallway at Roundtable Hold, minding his own business. He doesn’t serve a purpose early on, but he is later part of the new quest with the newest NPC to Elden Ring in 1.03. 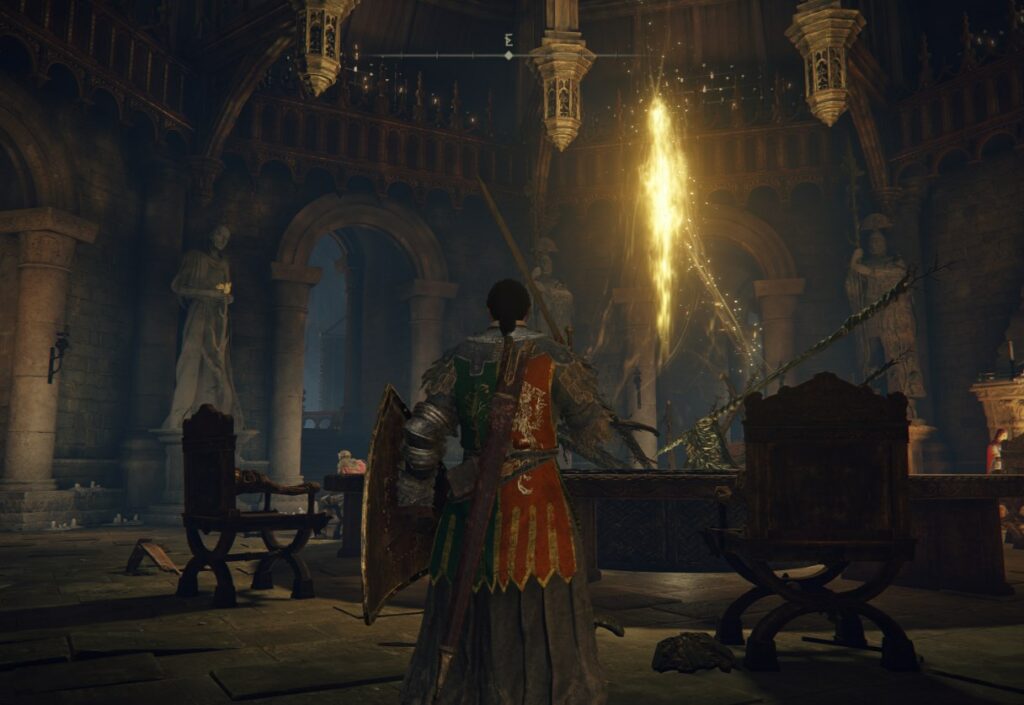 Roderika is an important NPC who you will first encounter at Stormhill Shack. She can provide you with many goodies and will eventually allow you to tune Spirit Summons, upgrading your fighting buddies.

D, Hunter of the Dead

This zombie hunter helps you find Gurranq, Beast Clergyman, helping you teleport to north Caelid. D is one of the NPCs that you can kill whenever you want. If you do, you can get his armor and a Bell Bearing. 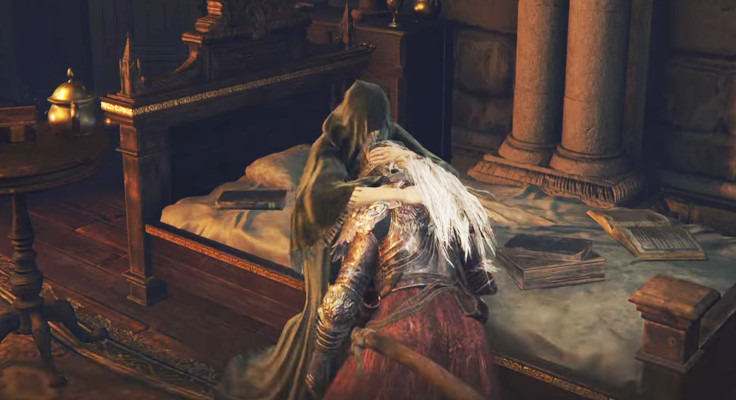 This creepy Deathbed Companion really likes hugs. She wants to hold you every time that you meet. The embrace will give you a debuff. However, she also gives you an item that works as the counterpart buff, Baldachin’s Blessing.

Nepheli Loux is an important NPC if you like to summon helpers in fights. If you help her out, then you can summon her when you fight Godrick the Grafted. After you fight Godrick, she will be at Roundtable Hold. She can reward players with an Ancient Dragon Smithing Stone and a talisman that raises max equipment load.

Rogier is a polite and dapper mage that you first meet at Stormveil Castle. Later on, he sells Ashes of War. After visiting Black Knife Catacombs, Rogier will reward you with a Bell Bearing and his armor set. After you defeat Godrick the Grafted, talk to him as he will give you his Rapier, which comes pre-leveled to +8.

After your encounter with your first demigod, Enia will appear at Roundtable Hold. She is a finger reader who you can buy boss gear from. She also turns the boss’s remembrances into weapons or abilities. 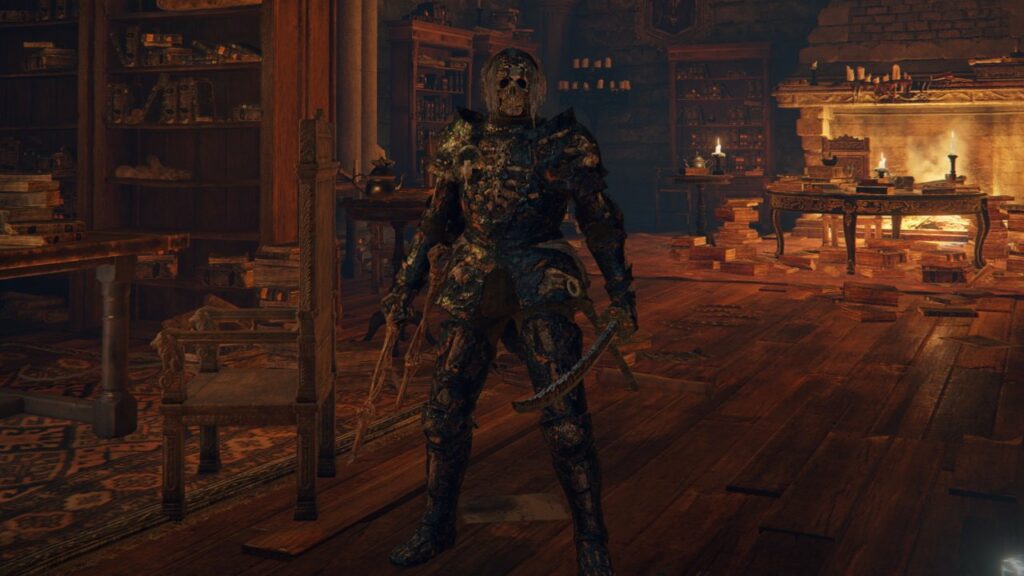 This strange, ugly mug doesn’t talk to you but instead eerily watches you walk across the room. He will eventually invade you whenever you enter Roundtable Hold, so you do find out that you had a reason to be suspicious of him.

This strange set of conjoined twins will become your friend later on when runes become easier to obtain than wild upgrade materials. When you turn in different Ball Bearings, she will let you purchase related upgrade items, Gloveworts, and Smithing Stones, from her shop.

His name does him justice, and his quest is one that you don’t want to miss. The Dung Eater looks like an invading NPC, but he will not attack you. Follow his questline for special items and an alternate ending. 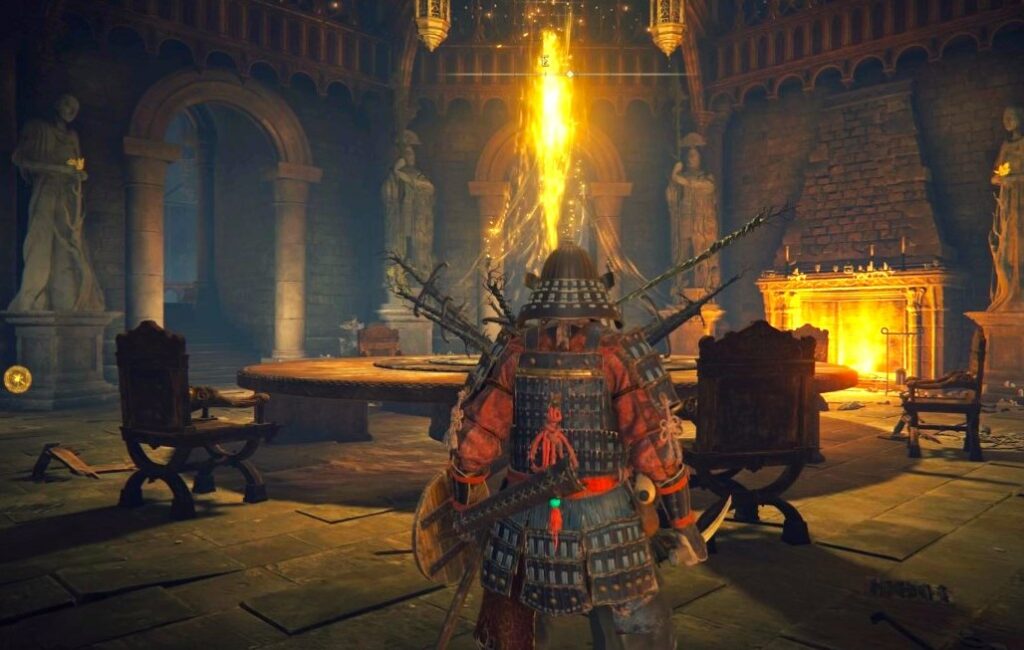 Now, I couldn’t forget this guy. He will immediately invade you if you hop over the balcony that is up the stairs. He is a little tough, but he gives you an item that lures invaders to your world.

Roundtable Hold is involved in quite a few crucial (though not necessary) quests. I recommend doing them all, even if it is after you beat the game the first time around. The second time is for full completion, right? 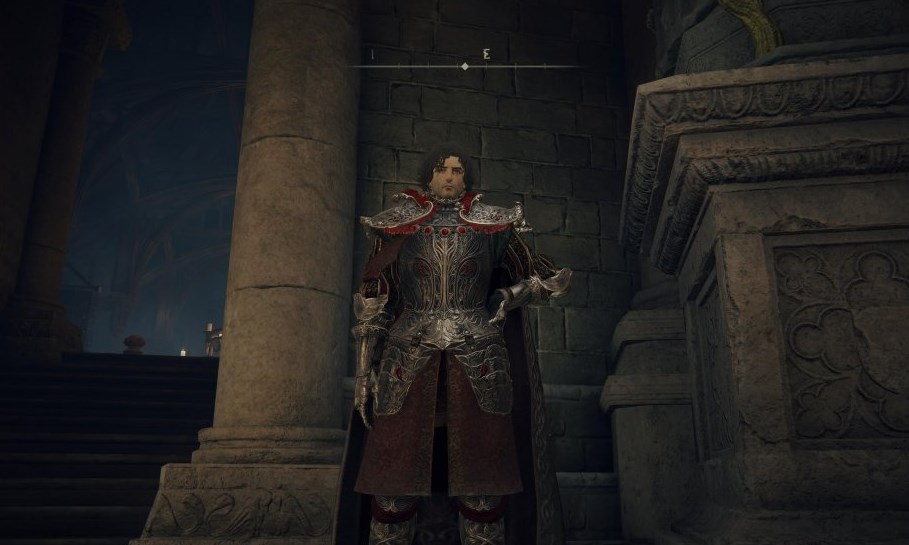 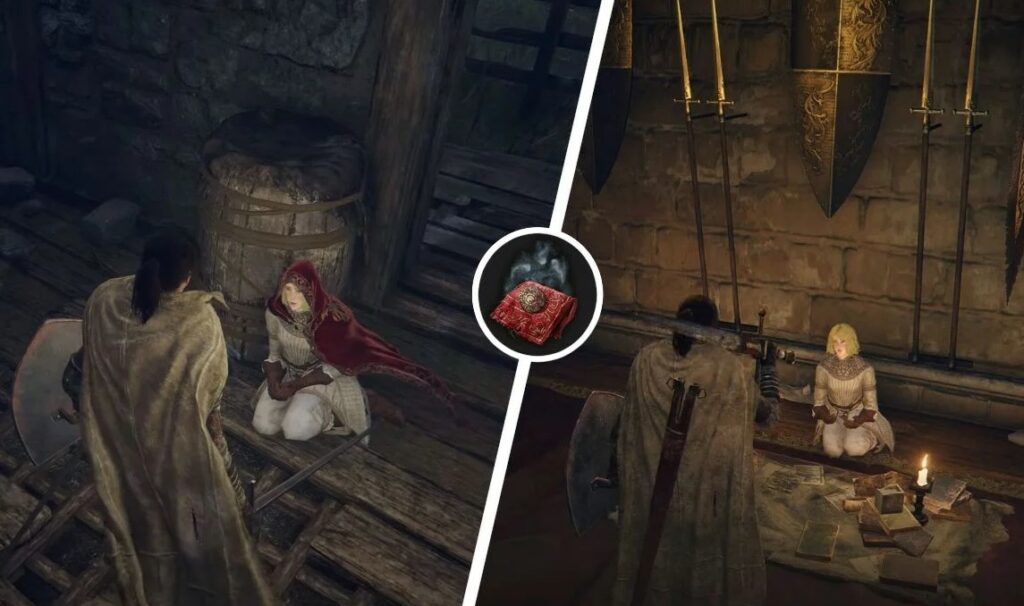 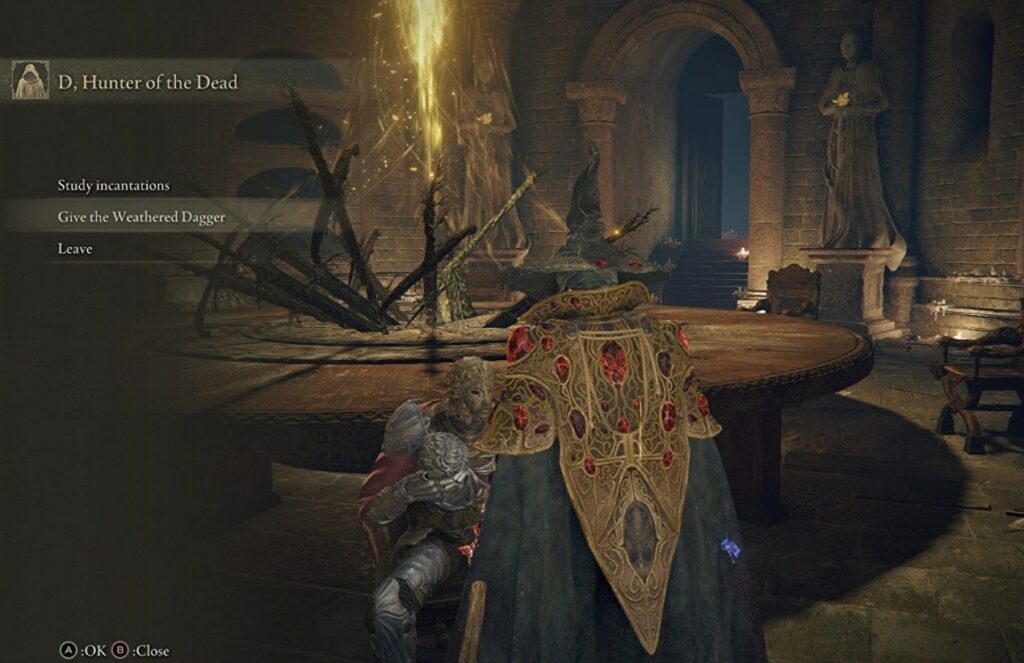 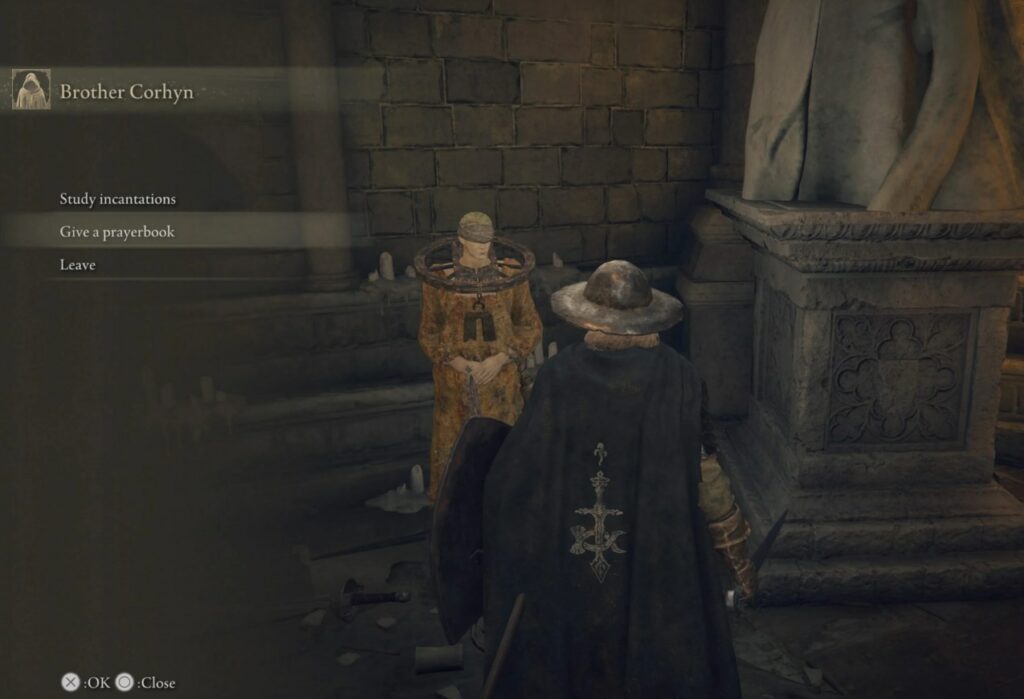 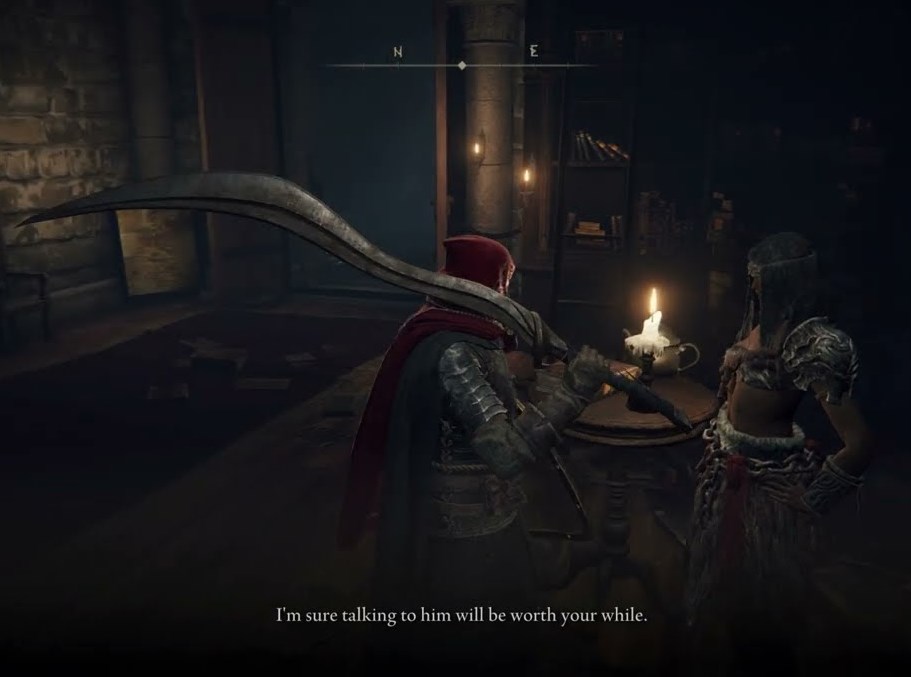 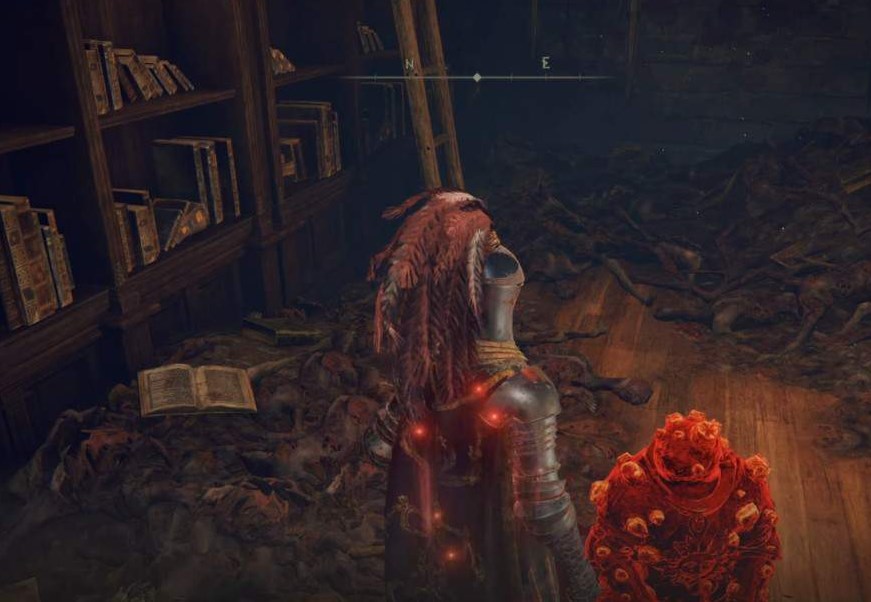 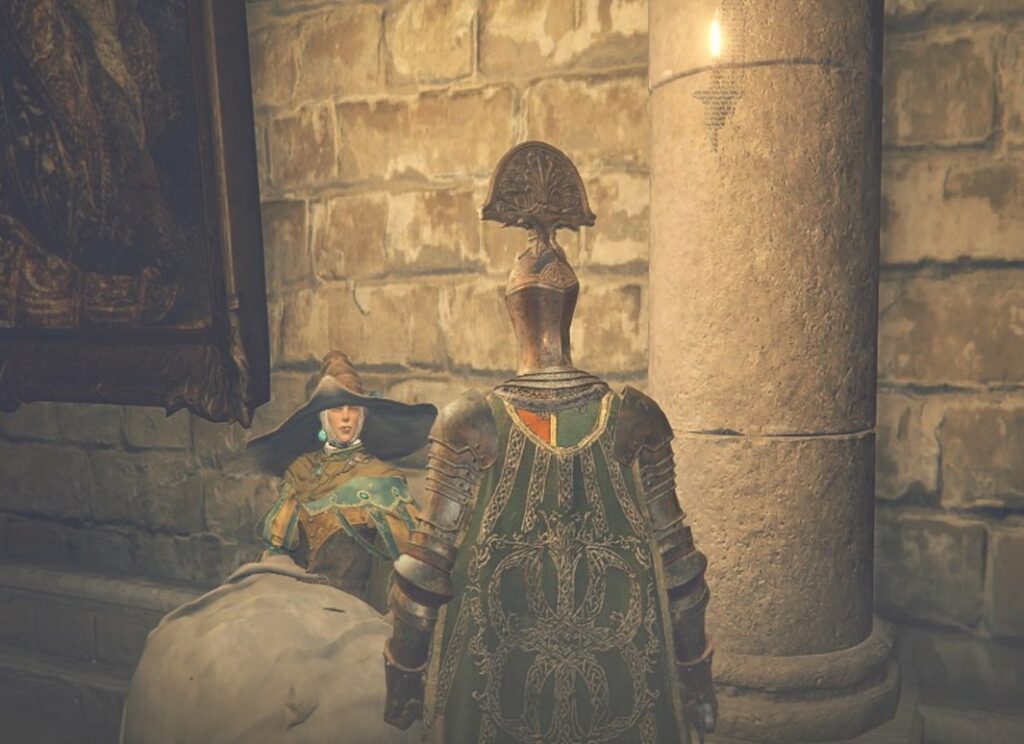 Question: How Do I Go Back To Roundtable Hold?

Answer: after you visit Roundtable Hold once, you can visit it any time by going to your map and looking for the Site of Grace at the very bottom left of the map. There will be a circle with a Grace in the center.

Question: Do I Ever Have To Visit Roundtable Hold?

Answer: I do not believe the main quest is directly tied to Roundtable Hold, but the resources there are invaluable. It is extremely difficult to get through the game without at least upgrading your ash summons and weapons.

Question: How Do I Leave Roundtable Hold?

Answer: to leave Roundtable Hold, you have to fast travel. There is no traditional exit, so you have to get out the same way that you got in. I recommend traveling to somewhere like the Church of Elleh if you don’t know where to go.

Question: Why Is There A Roundtable Hold In Leyndell?

Answer: if you’ve visited the Capital, you may have noticed a replica of Roundtable Hold. The likely story is that this was the original Roundtable Hold before the Shattering.

The Importance Of Roundtable Hold

Roundtable Hold is one of the key locations in the game. While you can get by with leaving many sidequests, dungeons, and cities alone, Roundtable Hold is a different type of capital. This is where I travel before I log out and the place I visit more often than anywhere else. After leveling, I always take my extra runes to Roundtable Hold to spend. You can level weapons, turn in remembrances, or duplicate ashes of war. Roundtable Hold, undoubtedly, will become one of your favorite places in Elden Ring.