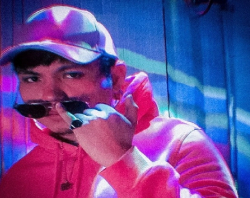 John-Carlo Vijuan
Having cut his teeth in the writing game at WhatifGaming, Jae has turned his attention to writing about his most beloved genre, RPGs. Jae is a huge fan of the Bloodborne series, and this love has inspired him to play other games in the FromSoft catalog, and he's been following the Assassin's Creed series since its inception.

Assassins Are Humans Too

The story starts with the Assassin Brotherhood finding temples that house Pieces of Eden inside. Shay Cormac is a promising young student for the Assassin Brotherhood as he is a gifted and talented individual. Adéwalé, a member of the West Indies Brotherhood, discovered that if someone touches these Pieces of Eden, it causes massive earthquakes enough to rip an entire city apart. Achilles Davenport, the mentor of Assassin Creed III’s Ratonhnhaké:ton, accompanied Shay Cormac to the next temple so they could get to the Piece of Eden before the templars find it. Upon getting into the temple and successfully retrieving the Piece of Eden, a massive earthquake occurred, destroying the entire city of Lisbon. An extensive chase-like sequence occurs where Shay Cormac runs for his life as crevasses open up in the town.

Shay becomes pissed at the Assassins because they still want to continue getting the Pieces of Eden even though the ramifications of their actions cause hundreds or maybe even thousands of lives. As an insight, Shay thought the Assassins were more concerned about defeating the Templars rather than saving innocent lives. Shay ends up stealing the map containing the location of other Pieces of Eden. The Brotherhood eventually learned about Shay’s betrayal and tried to eliminate him. The Assassins shot Shay near a cliff and ended with him falling to the body of water nearby.

Shay Cormac wakes up in New York under the care and comfort of the Templars. He was not aware of the situation until he met Colonel George Monroe. In my opinion, I like how they wrote this sequence as the game portrays the Assassins as ruthless killers and Templars as being more caring and more concerned about innocent lives. The contrasting dynamic between this story and other Assassin’s Creed games makes this storyline much more interesting as we get to see who the Templars genuinely are. Colonel Monroe is one of the kindest Templars the series has ever introduced. So much so that it feels a bit too good to be true. In a way, Colonel Monroe is trying to lure Shay into the Templar without being too obvious about his true intentions.

Colonel Monroe further convinced Shay that the Templars are not all evil. He even extended a helping hand to Shay’s mission to stop the Assassins. Shay gets his ship back and goes on a killing and revenge spree by eliminating his former Assassin friends.

Haytham Kenway inducts Shay Cormac to the Templar Order along with a few other Templars. After the ceremony, Shay goes on another killing spree, getting revenge by hunting down the rest of his old Assassin friends. Everything culminates in a nail-biting race to the next temple in the Arctic. Shay and Haytham square off with Achilles and Shay’s former best friend, Liam O’Brien. This event revealed that the Assassins realized that no one should ever touch these artifacts. However, after an altercation between Liam and Achilles, Liam bumped into the Piece of Eden, which triggered another massive earthquake. Another chase scene occurred and ended in Liam’s death.

Before killing Achilles, Shay stopped Haytham so that Achilles could spread the word to other Assassins about the dangers of touching a Piece of Eden. This scene is very interesting as we get to see how Haytham crippled Achilles, turning him into the hermit that we know from Assassin’s Creed III, who has lost all faith in the Brotherhood. If you’ve played Assassin’s Creed III, we know that Achilles lives on to train Connor or Ratonhnhaké:ton, who killed Haytham himself. As they say, what comes around goes around.

The Beginning of Assassin’s Creed: Unity

The final mission in Assassin’s Creed: Rogue involves an older and much more mature version of Shay Cormac in France. He spent the last 16 years hunting down a precursor box that led him to assassinate Charles Dorian, Arno Dorian‘s father. For people who haven’t played Assassin’s Creed Unity yet, in the opening sequence, you play as Arno in his childhood, when an unknown man assassinated his father during their trip to Versailles. This last segment is fascinating as you’re playing the part of the Assassin in Versaille, and you get to walk past Arno and Elise while they are hiding from the guards. And, of course, you get to see what you haven’t seen in Assassin’s Creed: Unity, which is Shay Cormac assassinating Charles Dorian.

Honestly, Assassin’s Creed III, IV, and Unity are up there with the original Assassin’s Creed and the Ezio Trilogy in terms of lore and story progression. Although there might have been different protagonists, the fact that a spinoff game can elevate those three games to the next level is something that truly amazes me.

Tips on How to Use Shay Cormac in Assassin’s Creed: Rogue

Here are a few tips to help you get started with Assassin’s Creed: Rogue, considering that you’ll only be using Shay Cormac in the entire game.

In Assassin’s Creed: Rogue, there are many swords and pistols. I only have three choices for this selection: two swords and one pistol.

You can unlock this weapon by completing all building renovations. This sword is very swift, has good combo potential, and has decent damage, making it one of the best regular swords in the game.

A recurring sword in the series, and you can unlock this from a hidden location in the North Atlantic after you have completed all of the Fleet missions.

Arguably the strongest gun in the game, the English Percussion Flintlock Pistols are long-ranged pistols accompanied by powerful firepower. You can get this gun from a hidden location in River Valley after you have successfully collected all of the Abstergo tablets.

How to Get Altair’s Sword

How to Get the English Percussion Flintlock Pistols

Question: Is Shay Cormac a Villain?

Answer: I believe that Shay Cormac is an anti-hero, similar to how Venom was in his later Marvel iterations. He has good intentions; however, his method of enacting said intentions is villainous and will make you raise your eyebrows. Even though Shay is a Templar, he still has a good heart and an ambition to save innocent lives from the threat of the assassins.

Answer: Since we don’t have official statements regarding this, these are just my thoughts regarding the case of Shay Cormac killing Charles Dorian. If we go back to the events of Assassin’s Creed: Unity, during the induction of Arno into the Assassins Brotherhood, we see Arno chasing his father’s killer. When he catches up to the killer, he sees himself under the shroud of the hooded figure. We can deduce this as Arno being guilty of indirectly causing his father’s death. Not only that, Arno wouldn’t have any trace of finding Shay Cormac, to begin with. Hence, I highly believe that Arno solely focused on solving the death of Mister de la Serre instead of trying to hunt down Shay Cormac.

Question: Was Shay Cormac’s Decision To Betray the Brotherhood Right?

Answer: This question is a tough one; however, if we were put into Shay Cormac’s shoes, we would only see the Assassins as the bad guys. With the destruction of an entire city due to the Piece of Eden, Shay Cormac blames the Assassins entirely due to their lack of remorse for innocent lives. However, the Assassins weren’t truly aware of the destruction the artifact would cause; hence, Shay Cormac decided to “betray” them. As to whether or not it was the right decision, it’s hard to say; given Shay’s perspective of what he witnessed during the events of Assassin’s Creed: Rogue, we can not entirely blame either side since both sides had lapsed to the way they responded to the situation.