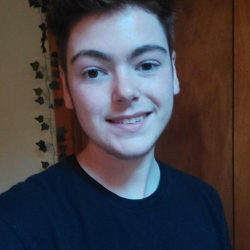 Damien Freidly
Damien Freidly is a games journalist and guide writer with a passion for RPGs, horror, and all things indie. After graduating with a Bachelor’s Degree in English in 2020, he began pursuing his interests in video game design and culture.

Like most FromSoftware games, Elden Ring is massive and merciless, dropping its Tarnished players into a huge world with hostile enemies in almost every corner. The Lands Between have been locked in a tense stalemate since the Shattering of the Elden Ring, and you’re going to have a long, combat-filled journey ahead if you hope to become the next Elden Lord. Fortunately, no matter whether you chose to start the game as a brave Hero or lowly Wretch, every Elden Ring player enters the Lands Between with a handful of Sacred Flasks that will oftentimes end up being the only thing standing between them and victory.

Health recovery items are an adventurer’s best friend in any Soulsborne game, and Elden Ring is, of course, no exception. Like Dark Souls’ Estus Flasks, Bloodborne’s Blood Vials, and Sekiro’s Healing Gourds, Elden Ring’s Sacred Flasks are perhaps the single most important item you’ll carry with you on your quest. However, Elden Ring’s Flasks have more functionality than games of the past, and you’ll need them not just to heal, but to replenish your focus and gain crucial buffs as well.

The Bottom Line: There are three different types of Flasks in Elden Ring, but you’ll start the game with the Flask of Crimson Tears and the Flask of Cerulean Tears. Drinking a Crimson Flask will restore some of your HP, while the Cerulean Flask restores FP required for casting spells and using skills. Both of these will appear in your inventory when you make it through the Stranded Graveyard tutorial dungeon, and they will equip automatically, so you can start using them right away. The third type of Flask is the Flask of Wondrous Physick, which lets you concoct custom Flasks with a variety of different effects. However, you won’t get this Flask at the beginning of the game with the others, so you’ll have to venture out and explore the Lands Between to find it.

How To Allocate Flasks 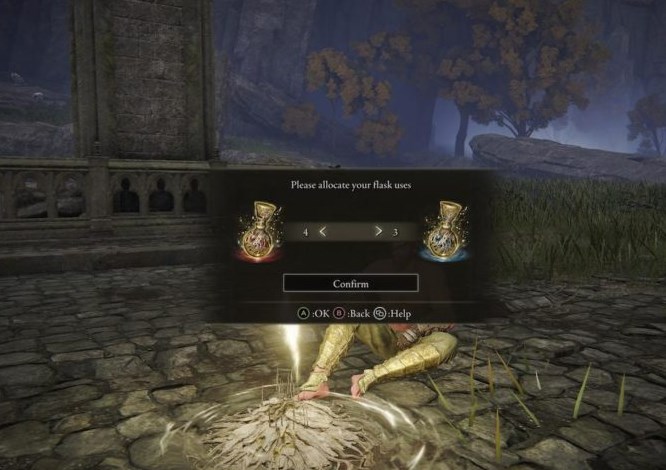 You’ll start your adventure in Elden Ring’s Lands Between with three Flasks of Crimson Tears and one Flask of Cerulean Tears. However, depending on your character’s class and build, you may need more than just one charge of the Cerulean Flask to replenish your FP. As a huge fan of ranged magic builds myself, the single measly Flask of Cerulean Tears I started with wasn’t nearly enough to fuel all the spells my Astrologer was slinging. On the other hand, melee builds are going to need plenty of Crimson Flasks to manage their health in the heat of close combat. Fortunately, Elden Ring lets you change the allocation of Flasks in your inventory any time you rest at a Site of Grace.

In the Site of Grace menu, there’s an “Allocate Flask Charges” option under the “Flask” tab. You can pour all of your charges into one type of Flask, but it’s usually best to allocate a balance of the two that works best for your build and play style. For the most part, melee classes should keep more Crimson Flasks on hand, while classes that rely heavily on Sorceries and Incantations should allocate more Cerulean Flasks since they’ll be using a lot more FP. However, if you find yourself running out of one type of Flask more than the other, it’s a good idea to reallocate a few of your charges so you can keep the Flasks you need in your inventory. You can also change your Flask allocation before facing a mob or a tough boss if you find that your Flask charges aren’t working for that particular fight.

How To Refill Flasks

With just four Flasks in your inventory at the beginning of your Elden Ring adventure, you’re likely going to need to refill frequently to survive in the Lands Between. Fortunately, there are several ways to top off your Flasks before getting back into the action. Resting at a Site of Grace will fully heal you and replenish all of your Flask charges, just like Dark Souls’ Bonfires and Bloodborne’s Lamps. However, if you’re out exploring and find yourself low on Flasks, there are two other ways to refill your charges without running all the way back to whatever Site of Grace you visited last.

They’ll only drop a unique item the first time you kill them, but resting at a Site of Grace will cause them to respawn, so you can kill them again to refill your Flasks the next time you’re in the area. You can easily kill Teardrop Scarabs with either physical or magic damage since they’re pretty weak to both, but they can run quickly and often appear near other enemies, so it’s best to not let your guard down when chasing these little guys.

Your Flasks will also refill automatically after killing a particularly tough enemy or taking out an entire mob. Trolls and Giants, for example, are some of the big enemies that reward you with a Flask refill in addition to all the Runes they drop. Mobs, on the other hand, are large groups of similar enemies that you can find clustered in a certain area or traveling together along a main road. If you think you’ve killed all the enemies in a mob but your Flasks haven’t refilled, it’s likely that there are a few stragglers in the surrounding area you’ll have to find to get your Flask charges back. Bottom line: don’t be afraid to drink your Flasks to win tough fights like these since you’ll likely be able to get them back right away.

How To Upgrade Flasks 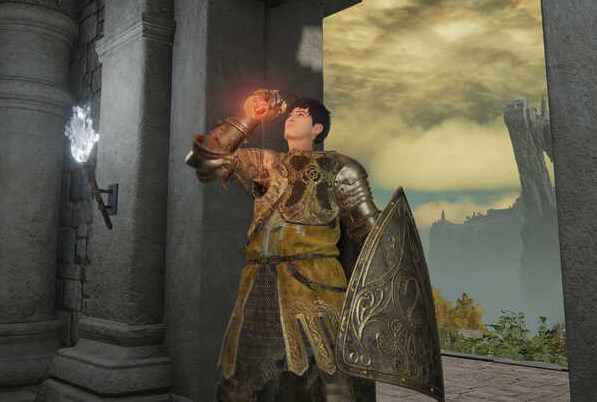 There are two items you’ll need to upgrade Flasks in Elden Ring: Golden Seeds and Sacred Tears. Golden Seeds will give you an additional Flask charge to allocate to either your Crimson Flasks or Cerulean Flasks, and Sacred Tears will increase the amount of HP or FP your Flasks replenish. You can use any Golden Seeds or Sacred Tears you’ve found on your adventure to upgrade your Flasks while resting at any Site of Grace. In the Site of Grace “Flask” menu, you’ll find both the “Add charge to flask” and “Increase amount replenished by flasks” options.

You’ll need a grand total of 30 Golden Seeds to completely max out your Flask charges in Elden Ring. Fortunately, there are more than 30 Golden Seeds in the game, so you won’t need to track down every last one to get a full Flask inventory. Golden Seeds are typically found in or around dungeons, hidden near Phantom Trees, or obtained by defeating Tree Spirit enemies.

You can also choose to start the game with the Golden Seed Keepsake, which will give you an extra Flask right from the beginning. The more Flasks you have, the more Golden Seeds you’ll need to upgrade and add another charge. The maximum number of Flasks you can have is 14, and you’ll be able to allocate them however you want.

Sacred Tears, on the other hand, are hidden in the churches that are scattered throughout Elden Ring’s Lands Between, making them much easier to find than Golden Seeds. There are only 12 Sacred Tears in the entire game, which means you can only upgrade your Flasks to +12 as well. Unfortunately, the Sacred Tear isn’t available at the start of the game as a Keepsake like the Golden Seed, but you won’t have to fight any enemies or explore dangerous dungeons to find them, either. As your overall HP and FP increase throughout your journey, you’ll need to keep your Flasks upgraded so they can effectively restore your health and energy, so don’t forget to pay a visit to any churches you come across while exploring.

How To Use The Flask Of Wondrous Physick 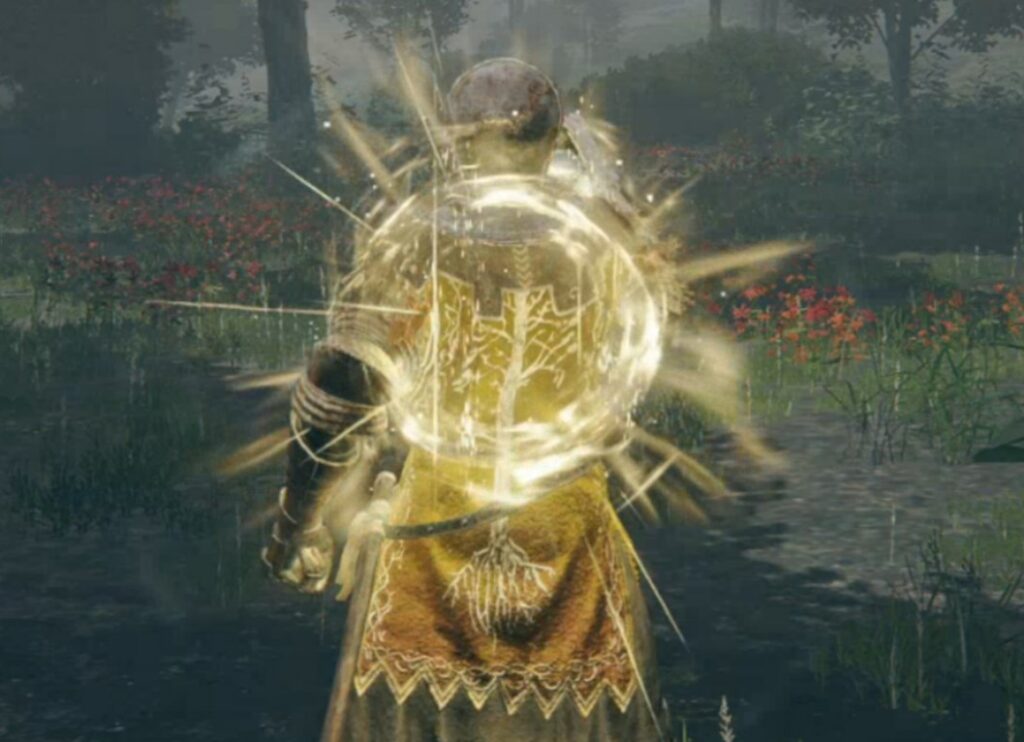 You need at least one Crystal Tear to mix a Flask of Wondrous Physick, but you can combine up to two Crystal Tears to benefit from both of their effects at the same time. Crystal Tears are a permanent, reusable item, so you won’t consume them when mixing them into your Flask. Instead, you’ll be able to swap them as many times as you want to experiment with different Flask combinations that will work best for your build. There are 29 Crystal Tears in Elden Ring, and while some restore HP or FP like your other Flasks, others can buff your stats, increase your attack power, and even prevent you from losing your Runes when you die.

Unlike the Flask of Crimson Tears and Flask of Cerulean Tears, the Flask of Wondrous Physick can only ever have one charge, and it can’t be upgraded to increase its potency. You can only refill this Flask by resting at a Site of Grace, so killing mobs won’t recharge it if you’ve already used it. However, the effects of the Flask of Wondrous Physick last a pretty long time, and your character will have a glow effect around them while the effect is active so you can tell when it runs out. With the variety of custom effects this Flask offers, it’s easily one of the most useful items in Elden Ring, so I highly recommend picking it up as early in the game as possible so you can start mixing right away.

Question: Is the Golden Seed Keepsake worth it?

Answer: The Golden Seed will give you an extra Flask charge as soon as you get to the first Site of Grace, which makes it one of the best Keepsakes you can choose at the start of the game. If you’re new to FromSoftware games, I’d definitely recommend going with this Keepsake since the extra health recovery will help you face tough enemies, especially in the early game. However, Stonesword Keys are also extremely useful since they’re needed to unlock certain rooms and dungeons with powerful items inside, so this Keepsake might be a better choice for more experienced players.

Question: Which Crystal Tears are best for my Flask of Wondrous Physick?

Answer: There are a ton of great choices when it comes to mixing the Flask of Wondrous Physick, but I can’t stress how much I’ve come to rely on the Twiggy Cracked Tear in my own playthrough. This Crystal Tear lets you keep your Runes when you die, and it’s made my Elden Ring experience a lot more enjoyable. I’d also recommend the Crimsonburst Crystal Tear and Greenburst Crystal Tear, which recover HP over time and speed up your stamina recovery, respectively. The Cerulean Hidden Tear is a must-have for magic-wielders as well since it allows you to cast spells and use skills without consuming any FP.

Can I use Flasks in PVP?

Answer: Yes, Elden Ring allows you to use your Flasks during PVP combat. Whether you’re invading, being invaded, or challenging someone to a duel, your Flasks will be available to use during the fight. However, some players will avoid using their Flasks in PVP out of courtesy to their opponent. In general, it’s polite to refrain from health-recovery items, but since using FP is required for so many different builds, most players won’t have an issue with their opponent sipping a Flask of Cerulean Tears so the battle can continue.

With Flasks in hand, you’ll be ready to take on even the toughest enemies in the Lands Between. Your health-recovering Flasks of Crimson Tears and focus-restoring Flasks of Cerulean Tears will keep you primed and ready for battle no matter which boss you’re up against, and your Flask of Wondrous Physick will be there to buff you up as well. These powerful elixirs may be just what you need to rise from a lowly Tarnished to the next Elden Lord.

For more interesting readings check out: