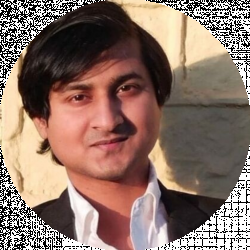 Once you dive into the cyber world of Tower of Fantasy, you will realize that you need more than weapons to complete the exploration. Sure, there are vehicles to ease the grind of exploring, but Relics are a crucial part of the gameplay. Relics are tools you will gradually obtain in the game and stick with you throughout your journey.

These Relics will help you explore faster and assist in combat that would otherwise have been impossible. I often found myself taking the aid of these relics to complete challenging tasks that would have been a pain to deal with without them. Whether you want to explore faster, solve a puzzle, or even reach a place, you need Relics.

I will go over all the relics available in this Tower of Fantasy Best Relics guide. You may ask, but why all? Well, because all the relics are best in niche situations, skipping over even a single one may decide your fate, and I want you to have all the tools to succeed. Plus, I’ll guide you through the sometimes obtuse terminology within TOF, so you won’t be staring blankly at the screen wishing you knew how these things work.

You can say it’s more like a “Best Relics in a situation” guide because I will discuss how you can use a particular Relic in a rigid situation. In my opinion, no Relic is bad at all because eventually, one way or another, you have to use all of them. As you progress through the game, you will notice your favorites changing over time with the ever-changing game modes. So, Get ready and jump on that Jetboard because we are about to glide over Relics now!

Relics, What Are They?

Relics are tools or gadgets that you can use in the game. It’s as simple as that. If you have played a game like Genshin Impact, you must have noticed the Gadgets section in the inventory. However, Tower of Fantasy’s relics are quite unique in their use cases. Some relics are a must-have to complete some puzzles, and others are all-purpose tools for multiple situations.

Early in the game, you will receive a Jetpack relic that you will continue to use everywhere in the overworld. Its use is so beneficial for exploration that it’s a no-brainer to have it equipped all the time. Want to go to the top of a cliff? Use the Jetpack. Want to reach that Black nucleus near the roof? Use the Jetpack. However, there are game modes where its use is restricted, and you have to resort to other relics. In short, you will need a stacked bag of tricks to ensure you never come unstuck.

Honestly, the menuing in this game can be a little complicated, but once you are used to it, it serves its purpose quite well. Like other options in the game, you can see the Relic menu item on the game screen by pressing the ESC key. Once the screen opens up on the right side, you can go into the Relic menu and skim over all the featured Relics.

Notice that there will be Relics that aren’t available to you because of a lack of shards. Still, the available ones are ready to deploy. You can either deploy them into one of the sets or click on a specific one to read its description. Once you are done with setting up Relic sets, you can close the menu and go back to your usual gameplay. If you want to switch between Relic sets, then press the G key and use your cursor to switch between them. I found this key mapping a bit late, but now that I’ve found it, I always prefer to switch my relics when needed. But remember that you cannot switch Relics in combat. Whichever Relic set is active will be in effect until combat ends.

Now, let’s go over the uses of Relics in different PvE and PvP situations. Do note that some modes are hybrid modes, and technically any relic can be used in any game mode, except the ones which are restricted in particular game modes like Ruin exploration.

Player vs. Environment, abbreviated as PvE, are game modes where you battle against AI NPCs and don’t have to interact with other players in any way. Players can team up with others to ease the difficulty of this mode, so you don’t have to be super careful when it comes to relic selection. However, categorizing will give you an overview of the type of enemies you will be fighting and which Relics will give more bang for the buck there.

Besides this, Strange Cube’s main utility is to move around or destabilize objects. You will encounter many exploration objectives where you have to displace an object or move around an item in a ruin. The only relic that can help you there is Strange cube, so I always recommend you keep an eye on those objectives.

In PvP, there are game modes like Apex League, where your Weapons and Relics are temporarily maxed out for a battle, and you don’t have to worry much about being under-equipped. This is the most balanced PvP mode, but there are modes like Sparring where you can fight an opponent in the overworld where every piece of gear you have is accounted for. Here is a look at the PvP-specific relics in ToF:

Question: What are your go-to relic sets for exploration?

Answer: I prefer to use Jetpack or Jetboard all the time in one set so that I can easily reach a place. I don’t have a Cybernetic arm yet, but if I had that one, I would use it with the Omnium Handcannon. And as for my last set, I would have put Strange Cube and Magnetic pulse to debuff myself from crowd control effects that some enemies use. But yes, feel free to use any relics that can help you to explore faster and more efficiently. There’s no shame in using offensive relics if your characters lack firepower. I used Missile Barrage till I eventually got SSR relics that suited my needs. And, if you want to see how these relics work, then go to the relic menu, select a relic, and tap on the broadcast to view their demo.

Question: I’m scared of PvP modes like Apex league. Can I just avoid them?

Answer: Yes, you can, and if you feel that will make you anxious or stressed, it’s better to avoid them. I’ve played a couple of competitive games in the past and have even secured server ranks, but unfortunately, I don’t get the vibe in Tower of Fantasy’s PvP mode. It’s just my view despite the mode being balanced. For the time being, I’m sticking to Bygone Phantasm as I don’t have much time on hand, while I’m also playing Genshin Impact at the same time and avoiding PvP modes.

Question: Which relic should I choose from the relic box?

Answer: Cybernetic arm! The only choice. I didn’t know about this relic at all in the beginning and got some other relic. But, I would highly suggest you get this relic because even though I’m making good progress, I’m yet to get shards for this relic. Well, this is regret for the time being, but don’t make the blunder I made. Get this relic, and you are a techno spiderman. Zip-zap!

Relics are a core part of Tower of Fantasy because of their influential role in the gameplay to help complete a lot of tasks. Whether it’s an exploration objective or combat where you need a little boost, Relics will always come in handy. Once you get the hang of them, you will realize how cumbersome it would be to play without them, and they will become an integral part of your character.

These relics will aid you in story missions and team battles where you have to show the full potential of your character, and hopefully, you will be able to ace them with flying colors.

If you want to know more about Tower of Fantasy, feel free to check out other Tower of Fantasy guides, and don’t miss out on the other guides. Who knows? Maybe you find a game that piques your interest, and your next stop will be there.